Interpap said that the company guarantees customers the opportunity to repair threaded connections or make additional accessories right on the spot. Therefore, quite often the presence of such a production nearby is a prerequisite for participating in a tender for the supply of OCTG pipes. 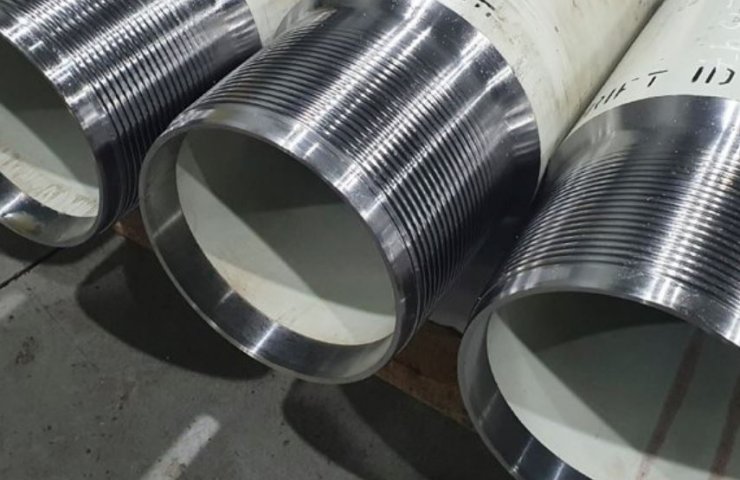 Prior to the conclusion of an agreement with the Emirati licensee, specialists from the Ukrainian industrial company Interpipe inspected equipment and tools in a workshop in Abu Dhabi.

They also attended the expert threading. The complexity of Interpipe premium connections lies in the accuracy of their geometric parameters.

“It is not enough to simply hand over connection drawings and configuration templates to the licensee. One of the stages of the check, which the company conducts after collecting information about the equipment in the shop, is the cutting of a specially developed test thread, ”the Interpipe press service reported.

In just 2 years, the company entered into 14 licensing agreements with local workshops. They are located in all key export markets - the countries of the Middle East, North and South America, the CIS.

Interpipe continues to develop the supply of pipes with premium connections.

The creation of a network of foreign workshops capable of cutting and repairing threads on accessories and pipes in close proximity to the client is not only a mandatory step, but also an important service for oil and gas companies, which allows them to save time and money.

Often the need for additional accessories arises right when drilling a well. Rig downtime hours are extremely expensive, so no one is ready to incur losses.

Recommended:
The new environmental plan of the European Commission shocked Poles: they will have to pay more for everything
Ukroboronprom doubled purchases through Prozorro to UAH 6 billion
Port "Yuzhny" has completed the repair of a car dumper that processes 500 wagons of ore per day
On this topic
Interpipe has completed the shipment of over 1,000 tons of UPJ-F premium connections
Representatives of Ukraine and the UAE discussed the possibilities of cooperation in the "green"
Interpipe announced a planned action to discredit the company in the Ukrainian media
Interpipe reduced sales of pipe and railway products in 2020
The price of electricity for Ukrainian metallurgists turned out to be twice as high as for French
Interpipe has begun deliveries of OCTG in Turkey
Partner news
Сomments
Add a comment
Сomments (0)
News Analytics
National Bank of Ukraine predicts economic growth in 2021 by 3.8%29-07-2021, 23:32
"Electrotyazhmash" shipped the stator housing of the hydrogenerator to the29-07-2021, 18:00
Gas price in Europe exceeded $ 500 per thousand cubic meters29-07-2021, 16:43
German concern ThyssenKrupp sells its mining business29-07-2021, 16:22
We are working hard: Ukrzaliznytsia records record indicators of daily load29-07-2021, 11:56
Steel raw materials prices decline in all regional markets27-07-2021, 11:57
On the regional markets of metallurgical products, prices are balancing in a22-07-2021, 16:22
Demand for armaments will ensure a stable growth of armored steel sales by 4%20-07-2021, 10:10
Protectionist Measures Support European Steel Prices Despite Summer Lull19-07-2021, 11:02
Positive price growth is observed in the markets for metallurgical products16-07-2021, 14:12