According to the head of Naftogaz of Ukraine Yuriy Vitrenko, the discussion on Nord Stream 2 cannot be built around the issue of compensation, because Germany is unlikely to be able to impose effective sanctions on gas exports to Germany, because this will mean that the German consumer in winter it will be left without heat and gas. 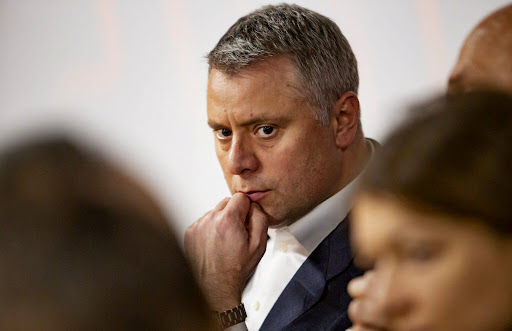 The launch of the Nord Stream 2 gas pipeline will create critical security threats for Ukraine, compensators for which simply do not exist, - said Yuriy Vitrenko, Chairman of the Board of the National Joint Stock Company Naftogaz of Ukraine, in an interview with Voice of America in Washington. >

“How can a country be compensated for critical security threats? Ukraine is the target of Russian military aggression. If there is no physical transit of gas through Ukraine, the risk of full-scale military aggression from Russia will significantly increase. Russia expects that if the hostilities do not affect European consumers, Europe will limit itself to expressing deep concern about the events in Ukraine, ”he said.

Yuriy Vitrenko expressed doubts about the reliability of the discussed guarantees on the introduction of "gas sanctions" by Germany in the event of a full-scale Russian aggression against Ukraine.

“To be honest, it’s hard to believe that, for example, if a full-scale war breaks out in Ukraine and everyone understands that the Kremlin is doing this, then Germany will be able to impose effective sanctions on gas exports to Germany, because this will mean that the German the consumer will be left without heat and gas in winter. We must be realistic, understand these risks ahead and not allow it to be too late - and everyone will shrug their shoulders and express deep concern, as was the case with the occupation of Crimea and parts of Donetsk and Luhansk regions, ”he said.

The chairman of the board of Naftogaz also criticized the thesis about the possible provision of gas transit to the Russian Federation by Germany through Ukraine.

“I don’t understand how Germany can guarantee the transit of gas through the territory of Ukraine, if it does not produce it, does not supply gas from the territory of Russia. Theoretically, Russia could guarantee this, but the question arises - what is the price of these guarantees, because Ukraine already had the Budapest Memorandum, which it counted on as a security guarantee. Budapest Memorandum No. 2 is not attractive for us, ”he said.

Therefore, according to Yuri Vitrenko, the discussion on Nord Stream 2 cannot be built around the issue of compensation.

“Nord Stream 2 is a threat to the security of Ukraine and the entire region. This is not a question of compensation, these are issues of regional security, and therefore we hope that the principle of "no agreements on Ukraine without Ukraine" will be observed. Also, Nord Stream 2 is the Kremlin's geopolitical weapon, so we do not quite understand how other countries, especially the countries - leaders of the Western world, can agree on the Kremlin's project, ”he said.

Yuriy Vitrenko stressed that now there are still enough mechanisms by which Nord Stream 2 can be stopped. In particular, we are talking about a justified refusal by the German regulator to certify the gas pipeline, as well as the restoration of US sanctions against Nord Stream AG. Recent meetings with American politicians show that representatives of both the Democratic and Republican parties understand that Nord Stream 2 is a geopolitical project that must be stopped.

“We believe that if from all sides there is an understanding that this is a geopolitical project, this is a weapon and a threat to the security of Ukraine and the entire region, then this project will never be implemented, the gas pipeline will not work. There must be a set of measures and American sanctions are a very important element, "summed up the chairman of the board of Naftogaz.

Финансовая аналитика, прогнозы цен на сталь, железную руду, уголь и другие сырьевые товары. More news and analytics on Metallurgprom telegram channel - subscribe to get up-to-date market information and price forecasts faster than others.
Сomments
Add a comment
Сomments (0)
On this topic
Gazprom reacted to the refusal of Naftogaz of Ukraine to buy Russian gas with the words "no
The head of Naftogaz warned of possible discrediting of the Ukrainian gas transportation system for
Akademik Chersky arrives at the Nord Stream 2 pipe-laying site
The Swiss-Dutch company Allseas stopped the construction of the "Nord stream-2"
Ukrainian hydrogen for Europe: an image of the future or a soap bubble?
The transit of Russian gas through Ukraine will continue on terms acceptable to all parties –
Recommended:
Islamabad receives $1.5 billion investment proposal for PSMC privatization
Russia may increase taxation of oil, gas, coal and fertilizers
European non-ferrous metal producers demand action on rising energy prices
News Analytics
The production of passenger cars in Russia decreased by 2.8 times in eight29-09-2022, 11:19
Donetsk and Torez electrotechnical plants will start producing electrical29-09-2022, 11:37
Ukrainian coking plants reduced gross coke production by 55.2%29-09-2022, 11:28
China ramps up investment in transport to bolster economy29-09-2022, 11:33
The heads of mining companies named the main risks for business29-09-2022, 10:03
China production cuts in winter will give limited boost to steel markets -15-09-2022, 10:09
Steel prices may rise as manufacturers stop production11-09-2022, 14:06
IREPAS: The global long products market is in a "dramatic situation"10-09-2022, 20:49
Steel prices are unlikely to rise significantly in the near future - analysts02-09-2022, 22:58
Steel prices may move up on new data from China31-08-2022, 12:19
Sign in with: