Ammonia is a raw material for the further production of such fertilizers as ammonium nitrate, urea, urea-ammonium mixture. 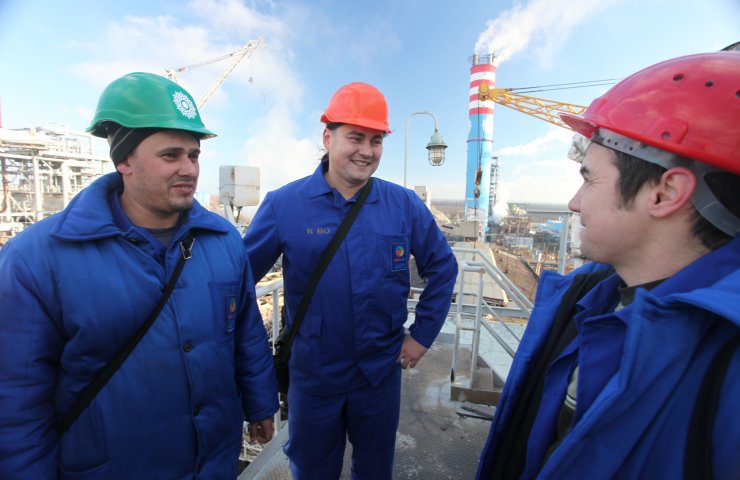 At Cherkassk Azot, which is part of the Group DF nitrogen business, the modernization of the A-5 ammonia production plant has been completed. Investments amount to UAH 22.28 million.

The work stipulated by the overhaul and reconstruction has been completed. The shop gradually gained momentum and reached the planned production capacity.

“We have completed the overhaul of the A-5 ammonia production workshop, which lasted a month. The main task was, first of all, to restore the resource of technological equipment, increase the energy efficiency of production, improve consumption indicators and reduce the cost of finished products. High-quality modernization of the workshop is the key to the successful operation of the enterprise as a whole, since ammonia is a raw material for the further production of such fertilizers as ammonium nitrate, carbamide, urea-ammonium mixture (UAN), ”comments Vitaly Sklyarov, Chairman of the Management Board of PrJSC“ Azot ”. p>

All structural subdivisions of the enterprise, shop employees, as well as about 120 specialists of contracting organizations were involved in the modernization of workshop A-5.

In the first quarter of 2020, the enterprise produced 511.7 thousand tons of nitrogen fertilizers.

Финансовая аналитика, прогнозы цен на сталь, железную руду, уголь и другие сырьевые товары. More news and analytics on Metallurgprom telegram channel - subscribe to get up-to-date market information and price forecasts faster than others.
Сomments
Add a comment
Сomments (0)
On this topic
Severodonetsk Azot Group DF increased the production of mineral fertilizers by one and a half times
Cherkasy "Azot" shipped more than 100 tons of medical oxygen to hospitals
The largest workshop reconstruction project in the last 10 years has been launched at Cherkassk Azot
Severodonetsk Azot completed the modernization of the ammonia production unit
The fire at Severodonetsk Azot was extinguished by the enterprise
Modernization of the non-concentrated nitric acid workshop is completed at Rivneazot
Recommended:
China production cuts in winter will give limited boost to steel markets - Platts
Steel market in Europe expects big production cuts due to weak demand
Ukraine's foreign exchange earnings from the export of ferrous metals decreased by $4 billion
News Analytics
Moody's changed the outlook for the global mining industry to26-09-2022, 19:04
Russia may increase taxation of oil, gas, coal and fertilizers26-09-2022, 15:58
UK steel production hits record low this year26-09-2022, 15:07
Ukrainian court invalidated sale of Ferrexpo Plc shares in 200222-09-2022, 12:45
EU Commission not doing enough to save aluminum industry - associations21-09-2022, 11:07
China production cuts in winter will give limited boost to steel markets -15-09-2022, 10:09
Steel prices may rise as manufacturers stop production11-09-2022, 14:06
IREPAS: The global long products market is in a "dramatic situation"10-09-2022, 20:49
Steel prices are unlikely to rise significantly in the near future - analysts02-09-2022, 22:58
Steel prices may move up on new data from China31-08-2022, 12:19
Sign in with: