Today, only 0.5% of the total number of households, of which there are more than 6.5 million in Ukraine, have installed solar power plants. 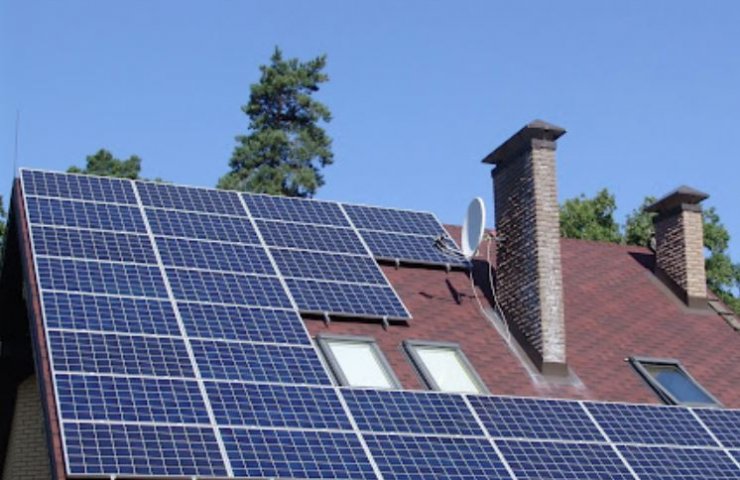 In the second quarter of 2021, 3,480 Ukrainian households installed solar power plants with a total capacity of 98 MW, which is 1.7 times more than in the first quarter. This was reported by the State Energy Efficiency Agency of Ukraine.

Thus, today there are more than 35,400 families in the country who have switched to electricity from solar energy. The total capacity of such solar power plants reached 933 MW in the first half of this year.

According to the agency, Ukrainian households have invested about 730 million euros in solar power plants.

TOP-3 regions with the largest number of solar stations in households (CECd):

“Every year the number of families that are interested in and invest in green energy is growing. The obvious advantages are the ability to be less energy dependent, independently meet their energy needs and save the family budget on electricity bills, ”commented Konstantin Gura, acting Chairman of the State Energy Efficiency.

“There are already more than 35 thousand households - the first prosumers in the country that produce and consume energy. But this is only 0.5% of the total number of households, of which there are more than 6.5 million in Ukraine, ”says Yuriy Shafarenko, Deputy Chairman of the State Energy Efficiency Agency.

According to the State Energy Efficiency Agency, private solar power plants are small distributed generation, which is useful for the Ukrainian energy system, since energy is consumed at the point of its production.

By the way, Bulgaria, Romania and Slovenia are planning to install 10 GW home solar power plants thanks to a grant from Google. The US $ 2 Million Call for Central and Eastern Europe aims to help initiatives that put digital integration at the center of economic recovery.

Recommended:
Volvo buys world's first fossil-free steel
Siemens has stopped selling wind turbines in China, stating that the company is not interested in this market
Potential investor KGOKOR presented a project to restore the operation of the GOK for $ 100 million
On this topic
French Total took control of 6 Ukrainian solar power plants
Energy independence of Ukraine depends on decarbonization and "green" energy - State Energy
In 2020, the total capacity of Ukraine's "green" energy grew by 22%
More than 27,000 Ukrainian families have switched to solar panels and are saving on bills
How the reform of the electricity market in Ukraine can lead to a collapse and what to do about it
Stopped nuclear power plants and mines. What's going on in the energy sector of Ukraine?
Partner news
Сomments
Add a comment
Сomments (0)
News Analytics
State Environmental Inspection filed claims against ArcelorMittal Kryvyi Rih in17-09-2021, 10:28
US Steel will build an electrometallurgical plant with a capacity of 3 million17-09-2021, 10:48
Airbus begins designing a hydrogen-powered aircraft17-09-2021, 10:06
There are already 779 enterprises in Ukraine that officially carry out17-09-2021, 09:16
Low-cost carrier Ryanair plans aggressive expansion in Ukraine16-09-2021, 21:34
Moody's changes its outlook for the mining and metals industry from "positive"14-09-2021, 18:39
European steel prices decline from summer highs and remain stable high04-09-2021, 10:38
Rise in European steel prices to dizzying levels finally fizzled out - Bloomberg27-08-2021, 13:18
Gold continues to be the most efficient portfolio asset - WGC26-08-2021, 12:38
Falling iron ore prices caught Wall Street by surprise - WSJ23-08-2021, 13:57
Sign in with: