Chinese officials have suspected the participants in the domestic market for car chips of price collusion and are going to "severely punish" all of its participants. 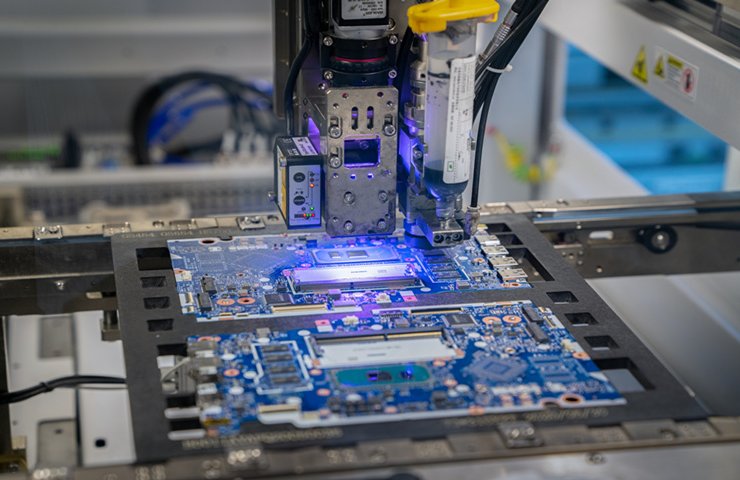 China's State Market Regulatory Administration (SAMR) has launched a series of investigations into several reported cases of price collusion in the automotive chip sector, SAMR said on its official website on Tuesday.

SAMR also pledged to continue to track prices of critical products, including chips, to regulate the market environment. Among other things, SAMR will strengthen market surveillance and will “severely punish illegal commercial activities such as hoarding of goods, overpricing and collusion.”

Recommended:
Samsung CEO Released from Prison Announces $ 200 Billion Investment in Company Development
Ukrainian-American Firefly Aerospace admitted that it itself detonated the launched Alpha rocket
Siemens has stopped selling wind turbines in China, stating that the company is not interested in this market
On this topic
For illegal mining in Ukraine, you can now go to prison for 8 years
Singapore chipmaker warns of global chip shortage until 2023
The world's largest chip maker predicts chip shortages by the end of 2022
Bosch launches automotive chip plant in Dresden
How the reform of the electricity market in Ukraine can lead to a collapse and what to do about it
The world trade organization has ruled against Russia in favor of Ukraine
Partner news
Сomments
Add a comment
Сomments (0)
News Analytics
Elon Musk arranges "Giga-fest" at the Berlin Tesla Gigafactory in Grünheide19-09-2021, 21:42
Australia has hinted to France about breaking the $ 60 billion deal for the19-09-2021, 10:11
Environmentalists filed claims against Metinvest plant in Kryvyi Rih for half a18-09-2021, 13:02
Coal production in Ukraine in January-August 2021 increased by 6%18-09-2021, 11:11
Viktor Pinchuk's metallurgical company Interpipe increased steel production by18-09-2021, 11:46
Moody's changes its outlook for the mining and metals industry from "positive"14-09-2021, 18:39
European steel prices decline from summer highs and remain stable high04-09-2021, 10:38
Rise in European steel prices to dizzying levels finally fizzled out - Bloomberg27-08-2021, 13:18
Gold continues to be the most efficient portfolio asset - WGC26-08-2021, 12:38
Falling iron ore prices caught Wall Street by surprise - WSJ23-08-2021, 13:57
Sign in with: