The country imported nearly 4 million tonnes of scrap in the first 7 months of this year to support a nearly triple increase in steel production. 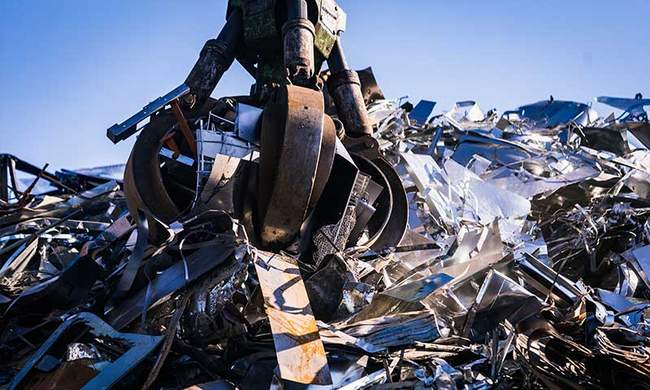 According to statistics from the Vietnamese government, the total imports of scrap ferrous metals to this country in July 2021 amounted to about 705,000 tons, which is 0.4% less than in the previous month. However, in the first seven months of this year, Vietnam imported over 4 million tonnes of scrap, the largest scrap purchases in Asia.

Recall that earlier Japan was the main supplier of scrap metal to Vietnam, but its domestic prices exceeded quotations on the world market, which led to the fact that this time it lost its attractiveness.

Previously reported that Vietnam has surpassed Ukraine and Taiwan in the world ranking of steel producers, increasing its six-month production by 167% to 12.67 million tons.

Recommended:
American Westinghouse Electric will build a nuclear reactor of the AP1000 project in Ukraine
Australia rejects UN demand to liquidate coal industry
South Africa plans to launch pilot carbon capture in 2023
On this topic
Vietnam overtook Ukraine in the world ranking of steel-producing states
European Union scrap collectors worried about possible export restrictions
Steel production in September 2020
How the reform of the electricity market in Ukraine can lead to a collapse and what to do about it
Ukraine has lost a third of steel production and fell to 15th place in the ranking of Worldsteel
In Ukraine, the forecast drop in steel production by 7% in 2020
Partner news
Сomments
Add a comment
Сomments (0)
News Analytics
Elon Musk arranges "Giga-fest" at the Berlin Tesla Gigafactory in Grünheide19-09-2021, 21:42
Australia has hinted to France about breaking the $ 60 billion deal for the19-09-2021, 10:11
Environmentalists filed claims against Metinvest plant in Kryvyi Rih for half a18-09-2021, 13:02
Coal production in Ukraine in January-August 2021 increased by 6%18-09-2021, 11:11
Viktor Pinchuk's metallurgical company Interpipe increased steel production by18-09-2021, 11:46
Moody's changes its outlook for the mining and metals industry from "positive"14-09-2021, 18:39
European steel prices decline from summer highs and remain stable high04-09-2021, 10:38
Rise in European steel prices to dizzying levels finally fizzled out - Bloomberg27-08-2021, 13:18
Gold continues to be the most efficient portfolio asset - WGC26-08-2021, 12:38
Falling iron ore prices caught Wall Street by surprise - WSJ23-08-2021, 13:57
Sign in with: