Ukrainian employers are asking Volodymyr Zelenskyy to start negotiations with Joseph Biden on the removal of 25% duties on Ukrainian steel, which affect the welfare of more than 200 thousand citizens. 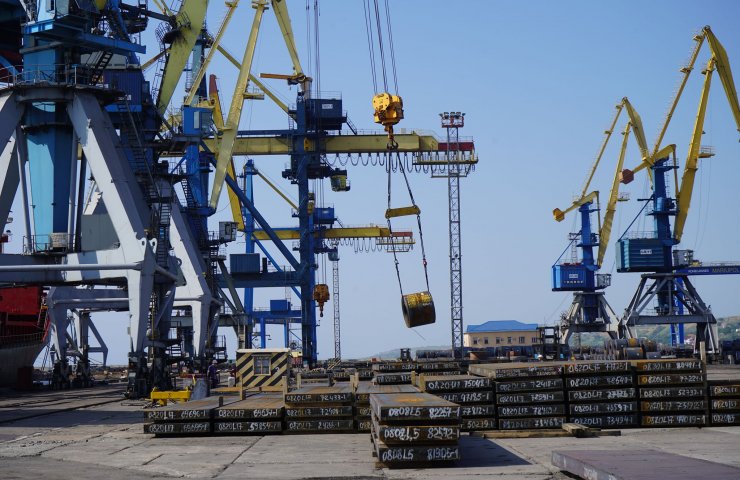 On the eve of the meeting of the Presidents of Ukraine and the United States of America, the Federation of Employers turned to Volodymyr Zelenskyy with a proposal to raise the issue of abolishing the US import duty on Ukrainian steel products, which was introduced during the presidency of Donald Trump.

In addition to the 25% duty on metallurgical products from Ukraine supplied to the United States, there are a number of tariff barriers in the United States today, which are an additional obstacle to competition.

The Federation of Employers of Ukraine noted that the import of Ukrainian products does not threaten the national security of the United States, since its share in the structure of the country's steel imports is less than 1%. At the same time, the trade balance between Ukraine and the United States at the end of 2020 is positive for the American side and amounts to more than a billion dollars.

They recalled that the share of metal products supplied to the United States in the total exports of Ukraine is 61% and generates more than two billion hryvnia in taxes.

“We consider it expedient to return to the issue of excluding Ukraine from the duty and replacing it with a quota for duty-free supplies of Ukrainian steel to the United States. And it is precisely the visit of the Ukrainian delegation to Washington, scheduled for the end of August this year, that can become a platform for the resumption of the relevant negotiations, ”the employers said in a statement.

Earlier this week, the Ukrmetallurgprom Association of Enterprises asked President Volodymyr Zelenskyy to raise the issue of Ukraine's interest in obtaining a quota for duty-free supplies of metal products to the United States and to help the American side agree in principle on the relevant negotiations during his meeting with the US President Joseph Biden.

Recall that in March 2018, the United States imposed a 25 percent import duty on all types of steel products. The corresponding decision was made by the 45th US President Donald Trump for reasons of national security, using section 232 of the US Trade Expansion Act of 1962. At first, this protectionist measure was extended to all importing countries, but subsequently several states achieved an exemption from this duty. To date, negotiations on the abolition of the duty on Ukrainian products have yielded no results.

Финансовая аналитика, прогнозы цен на сталь, железную руду, уголь и другие сырьевые товары. More news and analytics on Metallurgprom telegram channel - subscribe to get up-to-date market information and price forecasts faster than others.
Сomments
Add a comment
Сomments (0)
On this topic
Ukrainian metallurgists reminded Volodymyr Zelensky of American duties on steel
Ukrainian industrial associations have announced the threat of a secret agreement with Turkey
How can integrated subsoil use objects help the development of raw materials exports in Ukraine?
Losses of Ukrainian industry from joining the European "Green Deal" will exceed half a
Trump's trade war with China negatively affects Ukraine
The U.S. Department of Commerce considers the import of mobile crane systems a security threat
Recommended:
India is building a hydropower center with a capacity of 6,000 MW of electricity per year
Turkey will five times increase the price for the passage through the Bosphorus
The US will prioritize budgetary purchases of steel and metal products with a low carbon footprint
News Analytics
Ukrainian court invalidated sale of Ferrexpo Plc shares in 200222-09-2022, 12:45
EU Commission not doing enough to save aluminum industry - associations21-09-2022, 11:07
Steel market in Europe expects big production cuts due to weak demand20-09-2022, 11:13
Ford warns investors to cut car deliveries due to parts shortages20-09-2022, 10:43
The price of lithium resumes insane growth after Elon Musk's remarks20-09-2022, 10:54
China production cuts in winter will give limited boost to steel markets -15-09-2022, 10:09
Steel prices may rise as manufacturers stop production11-09-2022, 14:06
IREPAS: The global long products market is in a "dramatic situation"10-09-2022, 20:49
Steel prices are unlikely to rise significantly in the near future - analysts02-09-2022, 22:58
Steel prices may move up on new data from China31-08-2022, 12:19
Sign in with: