Severodonetsk Azot completed the modernization of the ammonia production unit

Dmitry Firtash continues to invest capital investments in the company's fixed assets. Key industrial sites of the plant are being modernized to make the plant more competitive. 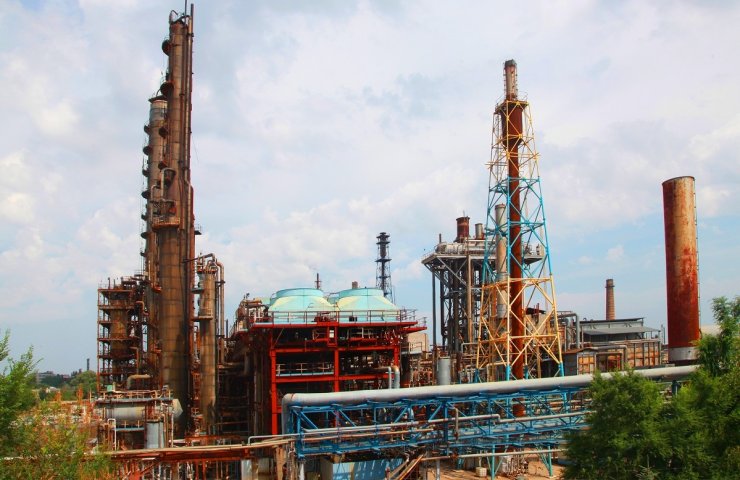 At Severodonetsk Azot, part of Dmitry Firtash's Group DF nitrogen business, modernization of ammonia production unit 1-A has been completed. This was reported by the press service of Group DF.

“The purpose of the modernization of the workshop is to reduce the cost of finished products, to ensure optimal energy and consumption indicators of equipment. The capacity of the launched shop has not changed - 1,700 tons of ammonia per day, but its economy has improved significantly. The shareholder continues to invest capital investments in the company's fixed assets. The key industrial sites of the plant are being modernized to make the enterprise more competitive, "said Leonid Bugaev, Chairman of the Board of Severodonetsk Azot Association.

Subdivisions of all services of the shop and enterprise, specialists of several contractors took part in the repair.

Particular attention during the complex of works was paid to ensure the stable operation of the ammonia production unit, personnel safety and the environment.

In March 2021, the ammonia production shop 1-B with a production capacity of 1,360 tons of ammonia per day was launched. In the fall of 2020, one technological line of the urea (urea) production workshop No. 2 was put into operation (the workshop capacity is 800 tons of urea per day).

Recommended:
AVTOVAZ reduced car sales by 32.6% due to a shortage of microcircuits
A new participant in the electricity market will appear in Ukraine - an operator of storage systems
The exchange price of gas in Europe has exceeded a record $ 800 per thousand cubic meters
On this topic
Cherkassk Azot by Dmitry Firtash completed the modernization of the ammonia production plant
The largest workshop reconstruction project in the last 10 years has been launched at Cherkassk Azot
Dmitry Firtash's businesses continue to operate normally despite sanctions - Group DF
Cherkasy "Azot" shipped more than 100 tons of medical oxygen to hospitals
Severodonetsk Azot Group DF increased the production of mineral fertilizers by one and a half times
The fire at Severodonetsk Azot was extinguished by the enterprise
Partner news
Сomments
Add a comment
Сomments (0)
News Analytics
Elon Musk arranges "Giga-fest" at the Berlin Tesla Gigafactory in Grünheide19-09-2021, 21:42
Australia has hinted to France about breaking the $ 60 billion deal for the19-09-2021, 10:11
Environmentalists filed claims against Metinvest plant in Kryvyi Rih for half a18-09-2021, 13:02
Coal production in Ukraine in January-August 2021 increased by 6%18-09-2021, 11:11
Viktor Pinchuk's metallurgical company Interpipe increased steel production by18-09-2021, 11:46
Moody's changes its outlook for the mining and metals industry from "positive"14-09-2021, 18:39
European steel prices decline from summer highs and remain stable high04-09-2021, 10:38
Rise in European steel prices to dizzying levels finally fizzled out - Bloomberg27-08-2021, 13:18
Gold continues to be the most efficient portfolio asset - WGC26-08-2021, 12:38
Falling iron ore prices caught Wall Street by surprise - WSJ23-08-2021, 13:57
Sign in with: