According to Iwona Dybal, President of the Polish Union of Steel Distributors, the effects of the pandemic, including inter alia production shutdowns and logistics problems, have caused a very large supply shortage on the Polish steel market. 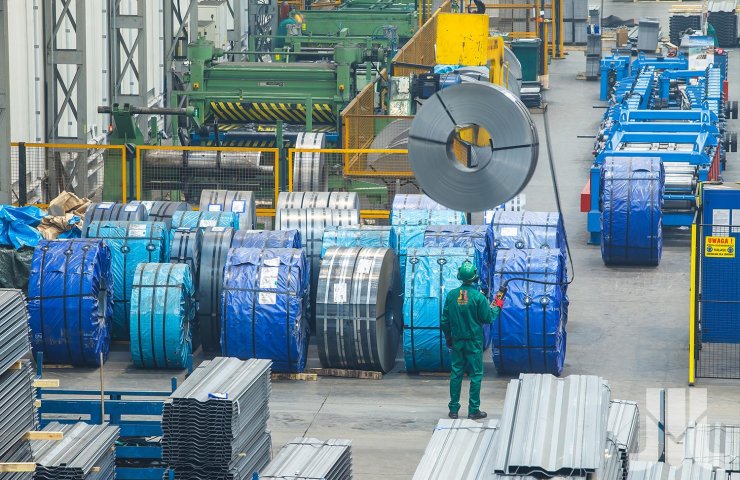 The pandemic caused a very large supply deficit on the Polish steel market, which proved impossible to quickly compensate for supplies from abroad. Prices for some types of rolled metal have doubled this year, which creates a risk for investments previously allocated to the Polish state budget.

“The largest increase was associated with cold-rolled sheet, because this rolled metal was practically unavailable - all production this year was sold out. Prices have reached PLN 10,000 (USD 2,500 - ed.) Per ton, ”said Iwona Dybal.

Summing up the results of the first half of the year, Iwona Dybal noted that the “scissors” of supply and demand in Poland are still expanding. As of May this year, the difference between production and consumption is 600,000 tons. This is twice as much as in May last year. If you look at the share of imports in steel consumption, the picture is quite grim: out of 7.7 million tons of steel used in Poland, 6.7 million tons were imported.

Recommended:
Ukrainian hydrogen for Europe: an image of the future or a soap bubble?
Low-carbon beer: Budweiser and Rusal launch a pilot project
Ukrainian ferrous metallurgy enterprises raised wages in August by an average of 15%
On this topic
Climate policy of the European Union will result in sky-high steel prices - expert opinion
The European Commission has filed a lawsuit against Poland at the Court of Justice of the European
Poland will receive 56 billion euros for the transformation of coal regions
Yuzhmash told whether it is possible to launch reusable rockets from the Black Sea
How the reform of the electricity market in Ukraine can lead to a collapse and what to do about it
In the EU, rising prices for gasoline and diesel fuel
Partner news
Сomments
Add a comment
Сomments (0)
News Analytics
EU leaders intend to provide emergency assistance in connection with energy15-10-2021, 13:07
Beijing Unveils Tough Winter Restrictions on Plants in North China15-10-2021, 13:05
Glencore targets two million tonnes of UK non-ferrous scrap14-10-2021, 18:27
The threat of an emergency man-made situation at Yuzhmash is real - the14-10-2021, 13:52
Nippon Steel sues to ban Toyota cars from Chinese steel14-10-2021, 11:36
In Europe, the stainless steel market unexpectedly "sank" - MEPS30-09-2021, 12:08
Oil prices to surpass $ 90 by year end due to shortages - Goldman Sachs27-09-2021, 10:58
Moody's changes its outlook for the mining and metals industry from "positive"14-09-2021, 18:39
European steel prices decline from summer highs and remain stable high04-09-2021, 10:38
Rise in European steel prices to dizzying levels finally fizzled out - Bloomberg27-08-2021, 13:18
Sign in with: