Five melting furnaces were turned off at Nikopol Ferroalloy Plant 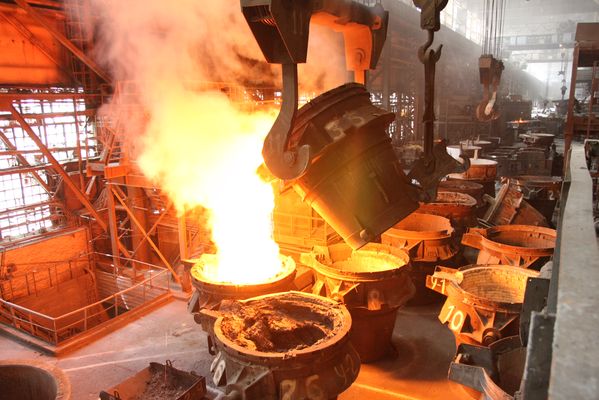 Furnaces No. 15, 16, 17 and 8 have already been shut down at the Nikopol Ferroalloy Plant, and after restoration after the repair of furnace No. 6, it will also be turned off. In total, five electric furnaces will be decommissioned.

According to the press service of the enterprise, the reason for the curtailment of production was not only the lull in the metallurgical market.

October began for ferroalloys with another jump in electricity prices, and at once by 26%. If we talk about the price of electricity, then it has several components - these are the base price, transmission and dispatching costs.

“Only the base price for electricity for us increased in October from the September level from UAH 1,650 to UAH 2,175, and from the average price of 2020 by UAH 1,093. This means that for the year the price for us has more than doubled. The monthly rise in the cost of these costs reaches 95 million hryvnia, excluding VAT, which is 71% of the wages fund, "- said at the Nikopol Ferroalloy Plant.

In this regard, at the next meeting, the general director of the plant noted that “no one is interested in reducing production volumes, but at this stage the situation is such that an increase in the cost of electricity entails a reduction in profitability, and hence a reduction in production. And no one will work at a loss. ”

“In 2020, the price changed monthly, and I was forced to speak in the Verkhovna Rada, noting that the country was not ready to introduce the electricity market. The very idea of ​​the market was that we could choose among many manufacturers and vary the price, buy electricity cheaper. But none of this happened, in fact, we could only buy more expensive. So even then - in 2020 - the average price for 1000 kWh was 1295 hryvnia. And in October this year, we were offered the same volume for 2508 hryvnia. Almost twice as high! And let's, and we will double the prices for products! But who will buy it from us? Therefore, even in this situation, we try to minimize losses. First of all, we are tightening the requirements for energy consumption. Previously, we worked with three-zone tariffs in mind, then we switched to an even schedule. All the time we are forced to change the ideology of this work. There are hourly statistics, and each hour has its own load, from this the tariff jumps. Therefore, we set ourselves the task of adjusting hourly to this schedule. This is a difficult task, but we are working on it, ”said Vladimir Kutsin.

Nevertheless, the enterprise is forced to shut down the furnace units, which means that a certain number of maintenance personnel will be removed from idle time, which will be idle with payment of 2/3 of the tariff.

Финансовая аналитика, прогнозы цен на сталь, железную руду, уголь и другие сырьевые товары. More news and analytics on Metallurgprom telegram channel - subscribe to get up-to-date market information and price forecasts faster than others.
Сomments
Add a comment
Сomments (0)
On this topic
How much should a citizen of Ukraine pay for electricity?
Stopped nuclear power plants and mines. What's going on in the energy sector of Ukraine?
Yuzhmash told whether it is possible to launch reusable rockets from the Black Sea
In "Ukrmetallurgprom" told how to reduce the tariff for electricity transmission
How the reform of the electricity market in Ukraine can lead to a collapse and what to do about it
Electricity prices declined, but too early to relax - ArcelorMittal Krivoy Rog
Recommended:
Metallurgical plant in Krivoy Rog continues to operate at 20% of installed capacity
ArcelorMittal predicts fall in global steel demand due to war in Ukraine
Siemens terminated all service contracts with Russian Railways, including maintenance of Sapsan
News Analytics
The largest producer of titanium raw materials in Ukraine OGCC will sell25-05-2022, 20:48
Glencore accused of bribery in London pleads guilty in the US25-05-2022, 10:44
Swiss oil and gas equipment manufacturer Sulzer leaves Russia24-05-2022, 13:08
BIR: European Commission's decision on scrap metal will be the most tragic24-05-2022, 11:41
Rejection of Russian palladium destroys markets24-05-2022, 11:41
US steel market sentiment becomes more price neutral05-05-2022, 10:15
The global high-strength steel market will grow steadily by 5% annually for the04-05-2022, 08:45
China steel inventories hit 13-month high amid COVID-19 outbreak30-04-2022, 16:38
Slowdown in global auto sector affects steel prices27-04-2022, 12:36
World alumina production reaches a record 138 million tons21-04-2022, 09:54
Sign in with: