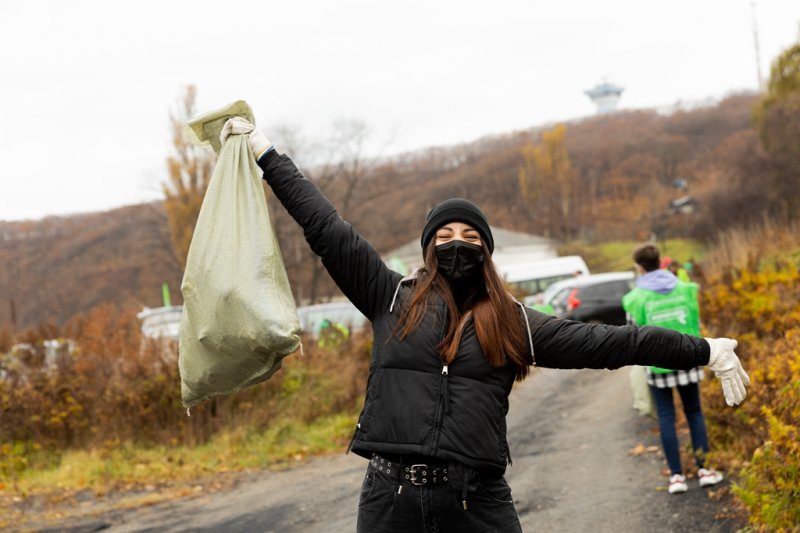 Employees of JSC "Vostochny Port" together with their families, volunteers of the Fund "Vostochny Port" and residents of the village of Wrangel, including members of the club "Active Longevity" and teachers of kindergarten No. 65 , put things in order on the seaside near the Prikumsk beach. An environmental campaign at a popular holiday destination completed a series of subbotniks as part of large-scale events of the environmental educational project "Eco-marathon", which was held by the "Easterners" in 2021 for the seventh time in a row.

Like all Eco-marathon events this year, the autumn “sea clean-up” was held in compliance with the measures of individual safety and “social distance”. Equipped with gloves and a rake, the participants of the action collected dozens of bags of household rubbish left here by negligent vacationers from the coast of Prikumsk in a few hours of hard work. According to the established good tradition, the organizers of the event presented its participants with sweet gifts and souvenirs with the symbols of the "Eco-marathon."

nature, first of all, of the younger generation. From 2014 to the present, more than 4,000 people have taken part in the actions of the environmental education project. In 2021, the "Eco-marathon" started in early spring in Wrangel, when the employees of the "Vostochny Port" joined the large-scale all-regional cleanup. The events of the "Eco-marathon" in the spring were continued by a series of "Komsomol" subbotniks, timed to coincide with the 50th anniversary of the All-Union shock Komsomol construction site - Vostochny Port. The head of the region, Oleg Kozhemyako, took a direct part in one of them.

From March to November, employees of the enterprise, volunteers of the Foundation and residents of the village took part in a series of large-scale environmental campaigns for cleaning and planting green spaces in Wrangel, on the beach Prikumsk and in the Shepalovo camp. As part of the Eco-marathon, educational environmental lectures were held for the youngest residents of the Nakhodka microdistrict, and the Vostochny Port, along with the city district authorities, was actively involved in the implementation of the project for the construction in Wrangel of the first municipal center in Primorye for working with stray animals.