A cruise missile booster lands in the Middle Urals 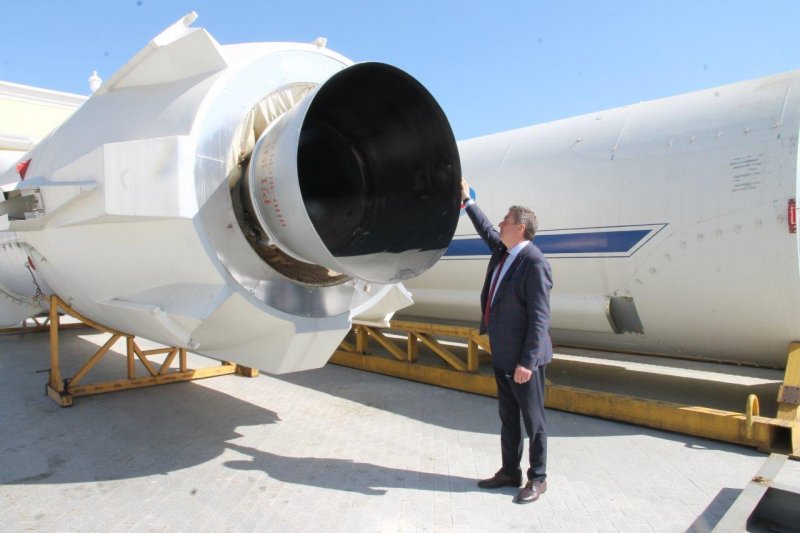 The funds of the UMMC Museum complex have been replenished with unique exhibits. Full-size mock-ups of the Angara launch vehicle and the Baikal recoverable rocket booster were delivered to Verkhnyaya Pyshma. Both exhibits illustrate important stages in space exploration.

Development of Baikal began in the mid-90s. The main idea of ​​the project was that after the launch of the rocket into orbit, the booster module would automatically return to the launch site. It was assumed that the cruise "Baikal" could be used to launch rockets into space at least 25 times. The model of the accelerator received rave reviews at the international exhibition in Le Bourget in 2001 and at the Berlin aerospace show ILA in 2008. But "Baikal" never took off. Two years ago, its development continued as part of a new project.

Featured on international At the present time, the model of "Baikal" is located on the technical territory of the UMMC Museum Complex. From the State Research and Production Center. MV Khrunicheva (Moscow), the model of the rocket accelerator arrived disassembled. After assembly, the length of the space "drone" will be over 27 meters, and the swing wing - 17 meters.

Baikal's neighbor in the exhibition area will be a 35-meter model of the Angara launch vehicle. Initially "Baikal" was designed as an accelerator for this rocket. But unlike him, the Angara project is being actively implemented. This is one of the first modular rockets in the world.

- "Baikal" and "Angara" - these are the first exhibits of the aerospace exposition. While they will be in an open area near the central entrance of the museum complex. We place the launch vehicle horizontally, and assemble the model of the rocket booster in the aerodynamic, landing, position, with the wing extended and the landing gear extended. I do not exclude the possibility that in the future a special building will be built under the aerospace theme, and we will raise the Angara to its starting, vertical position, ”says Viktor Sevostyanov, director of the UMMC Museum Complex.

" Angara "and" Baikal "in the open area, visitors to the museum complex will be able to see in a few months. It is planned that the emerging exposition will be supplemented by other large exhibits: airplanes, descent vehicles, launch vehicles.

The museum funds already have equipment related to space. These are unique all-terrain vehicles "Blue Bird". They were specially created for the search and rescue of space crews.