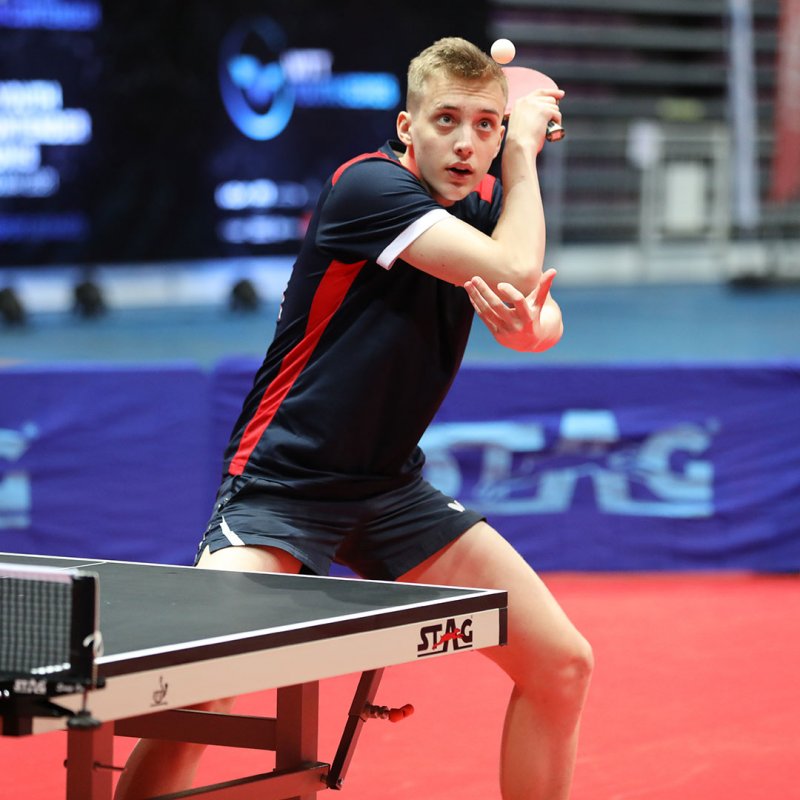 Athletes of two age categories took part in the competition - under 16 and under 20 years. Russia was represented by 14 athletes.

Ilya Konyukhov performed among younger athletes. He confidently overcame the qualifying stage, beating representatives of Turkey, Sweden and Tunisia. In the 1/8 finals with a score of 3: 0, Slovakian Ucherik was defeated, then with the same result 3: 1 he defeated the representative of India and the Czech Republic. In the final, Ilya confidently dealt with the Nigerian Ishola Usman Okanlavon - 3: 0.

Our athlete won another medal of the highest dignity in doubles. Together with Roman Vinogradov, they beat the Swedish duo of David Bjorkrid and Elias Sjogren with a score of 3: 2.

It is worth noting that Ilya Konyukhov has already selected for the Russian national team for the European Junior Championship, which will be held in Croatia from 26 to July 31.

Another Russian couple, Maxim Grebnev and Vladimir Sidorenko, won gold in the U-20 age category in Tunisia.

The women's part of the competition begins on May 29, where the UMMC and the Sverdlovsk region will represent Zlata Terekhova among girls under 16.