Four medals were won by the sambo wrestlers of the UMMC CS at the Championships and the European Sambo Championships held in Cyprus, Limassol 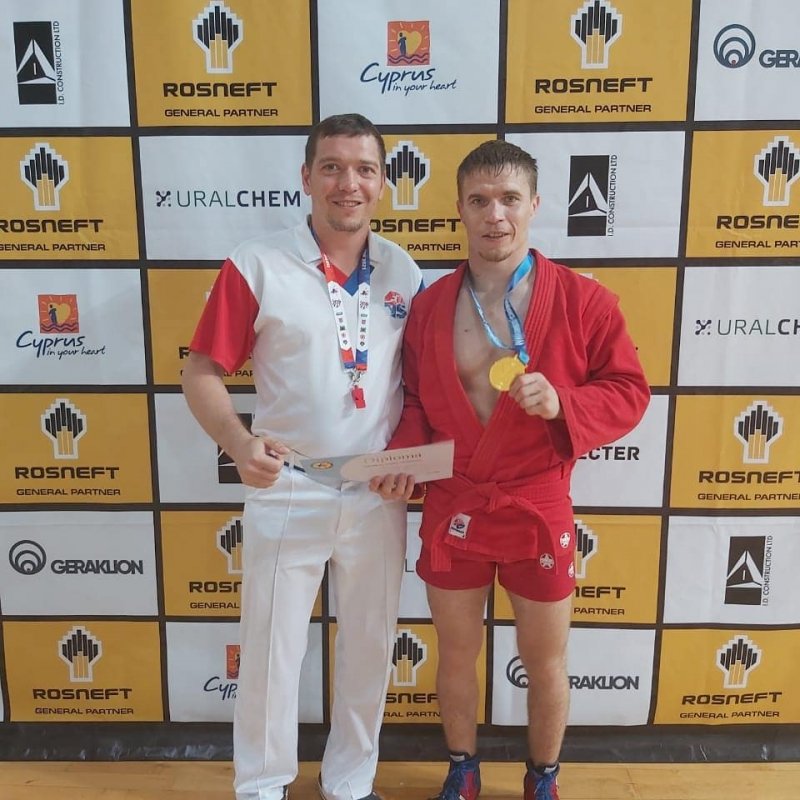 With four medals, athletes of the UMMC CS are returning from Cyprus, where the European Sambo Championships and Championships were held from 26 to 29 May. Vladimir Gladkikh (up to 58 kg) won the title of champion for the third time in his career (he had already won in 2017 and 2019), Anna Balashova (up to 80 kg) took the bronze medal in the women's tournament, German Sorokin (up to 53 kg) became the third among young men. Another bronze medal was won by Artur Hakobyan (up to 79 kg), who represented the Armenian national team at the European Championship.

On the approach to the final of the up to 58 kg category, Gladkikh clearly surpassed his opponents, crushing them with his favorite painful techniques ... But everyone understood that the real test lay ahead - after all, on the other side of the tournament grid, the multiple world and European champion Vakhtang Chidrashvili from Georgia was also confidently moving towards his goal. As a result, it is quite natural that this pair of brilliant masters was destined to play the champion title. The rivals knew each other very well and met on the carpet more than once, including within the framework of the European Championships. And if in 2017 Gladkikh won the final with a painful hold, then the next year he lost to a Georgian in the first meeting and thereby deprived himself of the opportunity to fight for the "gold".

It is not surprising that their decisive opposition in 2021 the year turned out to be so intense and persistent. A moment's relaxation could be worth the victory. The concentration of nerves and physical forces was so great that after the meeting, Gladkikh and Chidrashvili could not catch their breath and leave the carpet for some time. The carpet, which brought victory to our athlete with a minimal advantage - only due to the warning received by the opponent. Verkhnepyshminets turned out to be stronger this time, first of all, tactically and repeated the achievement of his teammate Dmitry Lebedev, also three times European champion.

Vladimir's junior colleague Herman Sorokin lost to future winner Ukrainian Maxim Babich in his first match of the youth championship of the continent, but then managed in the consolation part take a well-deserved medal in the tournament bracket.

Our beautiful Anna Balashova, like Sorokin, lost the opening meeting to the future finalist Galina Kovalskaya from Ukraine, but then more than worthily spent the consolation part and in the fight for the third place, ahead of schedule with a painful hold, defeated the Romanian Lorena-Alexandra Dialects.

Arthur Hakobyan's tournament fate was the same, who after losing the first meeting from the future finalist came to his "bronze" through a series of consolation fights .