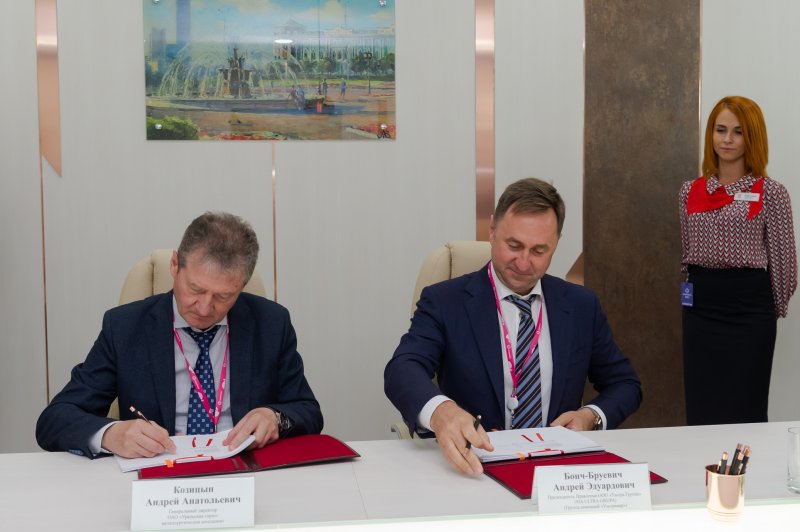 At the INNOPROM International Industrial Exhibition, UMMC CEO Andrey Kozitsyn and the head of Ultra Group LLC Andrey Bonch-Bruevich signed documents on the creation of a joint venture to implement a project for the production of ammonium sulfate on the basis of PJSC Sredneuralsky Copper Smelting Plant (a metallurgical enterprise complex UMMC).

The joint venture is created with 50/50 equity participation. The estimated volume of investments is 5.7 billion rubles (excluding VAT). Design and construction are planned to be carried out within three years.

“The signed agreement demonstrates good inter-industry cooperation, which will be very effective and useful for both companies,” commented Andrey Bonch-Bruevich.

The decision to build a plant on the site of PJSC SUMZ is based on the optimal supply of raw materials, since it is planned to use 380 thousand tons of the company's own sulfuric acid.

“The source of raw materials for the enterprise will be sulfuric acid, which is available at SUMZ. Thus, the environmental problem is solved, and the Sverdlovsk region receives its own mineral fertilizers, "added UMMC General Director Andrey Kozitsyn.

The joint venture plans to produce 500 thousand tons per year of crystalline ammonium sulfate with a fraction of 1-4 mm. These products are in demand in the fertilizer market.

Coarse-crystalline ammonium sulfate is classified as a premium product. It is very popular in Europe where the use of inhibitors is especially common. The superiority is due to the large granule /crystal size, which makes the product suitable for mechanical distribution, and it is better suited for mixing with less segregation.

Large crystals have increased crush strength, which allows them to maintain size and shape with large transhipment during delivery to the end user and withstand application to the soil with rotary /disc fertilizer spreaders.

Ultra Group (Ultramar Group) has vast experience in the production and sale of granular ammonium sulfate. Under the production is declared the process of compacting, where the raw material is ready-made fine crystalline ammonium sulfate produced by caprolactam enterprises (Kemerovo) and PhosAgro. Sales geography: USA, South America, Russia, Baltic. Sales volume is 150 thousand tons, which is 50.3% of the export of ammonium sulfate in Russia.

Обозреватель рынка стали и цветных металлов. Пишу аналитические обзоры рынка для Металлургпром. More news and analytics on Metallurgprom telegram channel - subscribe to get up-to-date market information and price forecasts faster than others.
Сomments
Добавить комментарий
Комментарии (0)
On this topic
NLMK Board of Directors has appointed the Annual Shareholders Meeting for April 19, 2019
One of the best children's tennis tournaments in the country "UMMC-Open" has started in
JSC "Uralelectromed" has confirmed the status of Good Delivery for gold
Services of the studio of design of premises "HATA DESIGN"
Notification of changes in the share capital structure
Uralelectromed confirms the silver status of Good Delivery
News Analytics
The production of passenger cars in Russia decreased by 2.8 times in eight29-09-2022, 11:19
Donetsk and Torez electrotechnical plants will start producing electrical29-09-2022, 11:37
Ukrainian coking plants reduced gross coke production by 55.2%29-09-2022, 11:28
China ramps up investment in transport to bolster economy29-09-2022, 11:33
The heads of mining companies named the main risks for business29-09-2022, 10:03
China production cuts in winter will give limited boost to steel markets -15-09-2022, 10:09
Steel prices may rise as manufacturers stop production11-09-2022, 14:06
IREPAS: The global long products market is in a "dramatic situation"10-09-2022, 20:49
Steel prices are unlikely to rise significantly in the near future - analysts02-09-2022, 22:58
Steel prices may move up on new data from China31-08-2022, 12:19
Sign in with: