In the second week of August, prices for pig iron continued to rise in all regional markets. The positive trend became possible under the influence of two factors - growing prices for scrap and increasing demand for flat products. 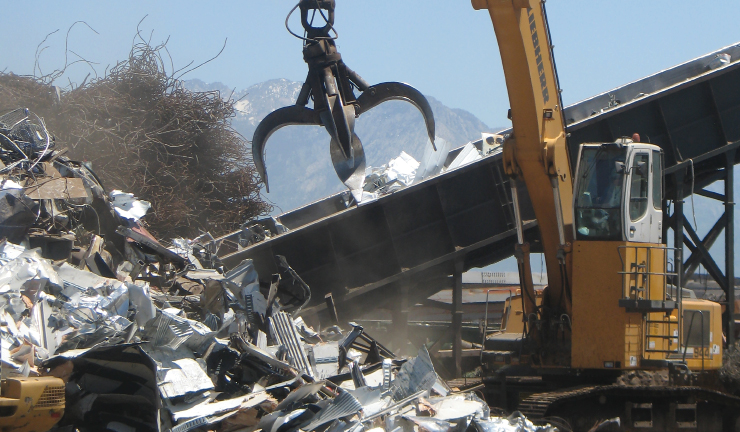 In the US market, factories were actively replenishing stocks. The growth is also supported by the increased demand for rolled products in the US domestic market. American importers changed the supply of scrap metal from Brazil to raw materials from the CIS, the demand for which has grown significantly in Turkey. In this regard, there are serious concerns about the reduction in the supply of material in the American direction.

According to Ukrpromvneshexpertiza analysts, the number of transactions in the Turkish market has increased significantly. Scrap metal prices have risen markedly, prompting importers to more actively contract material for current needs. Also, many factories decided to replenish stocks, which allowed suppliers to inflate prices.

Forecasting the situation on the market, the experts of Ukrpromvneshexpertiza expect a gradual rise in pig iron quotes in the coming weeks. The reason will be the rise in prices for scrap metal and active contracting of raw materials by Chinese importers. However, the rise in prices is unlikely to be significant, as demand for flat products will decline and stocks at American importers have already reached a fairly high level.

In the regional scrap metal markets, quotes were also growing under the influence of high demand for finished rolled products and the need to replenish stocks by Turkish metallurgists.

In the Turkish market, quotations for scrap metal increased due to the active contracting of material by large importers. The quotes are also supported by the weak collection of scrap in the USA, where exporters are experiencing certain difficulties with the formation of large consignments of material to be sent to the European continent. At present, the operating cost of HMS 1 & 2 (80:20) scrap is $ 280-290 /t cif, which is $ 5 higher than a week earlier. Shredded scrap is quoted at $ 290 /t cif.

On the Asian market, the price for HMS1 grade material ranges from $ 275-285 /t cif. Japanese exporters are raising prices amid weak scrap procurement in the domestic market, as well as an increase in the purchase cost of material at the largest local plant - Tokyo Steel. Under such conditions, importers try to buy large quantities, avoiding contracting at even higher prices.

Analysts of Ukrpromvneshexpertiza predict an increase in scrap prices in the coming weeks due to the replenishment of stocks by Turkish metallurgists, as well as high demand for raw materials in the US domestic market. At the same time, a sluggish demand for long steel exported by Turkish producers will become a significant limiting factor.