The first decade of March did not bring significant changes in prices for pig iron. The attempts of traders to raise prices were not supported by exporters due to the slowdown in the price growth for scrap metal and a decrease in business activity in the flat steel market. 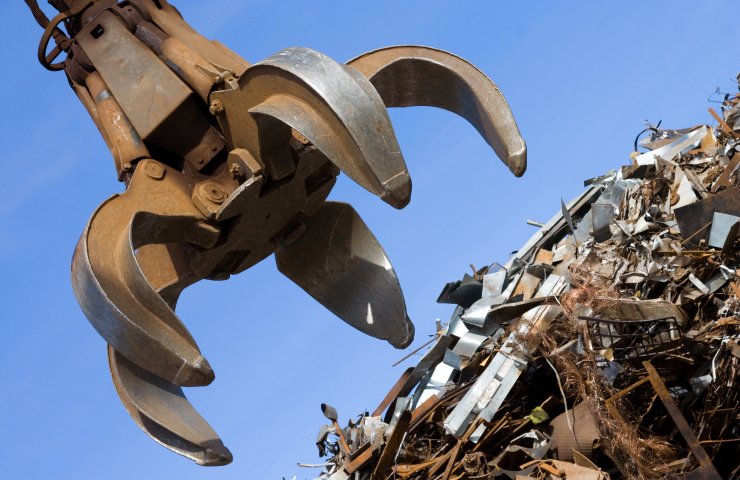 At the same time, attempts by importers to lower prices have so far faced stiff resistance from suppliers who have small stocks of unsold material.

In the US market, buyers expect a decline in quotations for cast iron, as a result, the number of transactions was minimal. Factories enter into contracts only when absolutely necessary. At the same time, the majority have the opportunity to buy high-quality scrap at relatively low prices in the domestic market. In the current situation, prices for pig iron are mostly indicative and fluctuate in the range of 450-460 $ /t cif the ports of New Orleans.

In March, the Turkish market mainly relies on suppliers from Russia, who offer small quantities of cast iron with prompt delivery times. The cost of the material ranges from 540-550 $ /t cif.

Deputy Director of Ukrpromvneshexpertiza Dobrovolskiy Yuriy predicts a gradual decline in prices in the coming weeks following the prices for scrap metal. The pressure on the cost of pig iron will be exerted by an increase in supply from Brazilian suppliers, who are experiencing difficulties in selling the material on the domestic market of their country.

In the regional scrap metal markets, prices at the beginning of the second week of March increased slightly. The drivers of the price growth were Turkish and Asian metallurgists, who replenished stocks. However, by the end of the week, there was a slight rollback of quotations downward, which, according to Dobrovolsky, is a signal of an imminent refraction of the price trend.

In the Turkish market, scrap prices have increased by $ 5 compared to last week. Local metallurgists were actively contracting material for replenishment of stocks. In addition, the high demand for rebar and wire rod of local production also forced to make purchases of raw materials for future use. As a result, the cost of HMS 1 & 2 (80:20) scrap increased to $ 455-465 /t cif. However, by the end of the week, most of the deals were concluded at the lower border of the specified range.

In the Asian market, the cost of scrap metal also slightly increased. South Korean metallurgists contracted the material for delivery in April, despite the fact that many of them have not yet covered their March scrap needs, which stimulated them to partially cover the demand by importing billets from China for the purpose of its further rolling. At the moment, the cost of HMS1 scrap is in the range of 440-450 $ /t cif, while scrap HMS 1 & 2 (80:20) traded at 420-430 $ /t cif.

According to the forecasts of UPE analysts, by the end of March, scrap metal quotes will gradually subside against the background of weakening demand for long rolled products, a decrease in the cost of iron ore and an increase in supply from suppliers from the US and the EU. Quite high stocks of raw materials at the largest importers will also have a negative impact on prices.

Recommended:
Ukrposhta carried out the largest purchase of cars in the Ukrainian market
Energomashspetsstal shipped a 136-tonne bracket casting to its client
ArcelorMittal Kryvyi Rih increases salaries of its employees
On this topic
In March, the rise in prices for metallurgical products in all markets will increase -
Increase in prices is forecasted in the markets of steel raw materials - Ukrpromvneshexpertiza
Downward price trend begins in steel markets
Prices for metallurgical raw materials continue to rise in regional markets
Prices continue to rise in the long and flat steel markets
The number of deals made in the regional scrap markets is growing
Add a comment
Сomments (0)
News Analytics
Восточный горно-обогатительный комбинат снизил производство уранового14-04-2021, 16:47
The construction of the Euro-track Chop-Uzhgorod will be financed from the14-04-2021, 14:24
UAE partners with Japan's iSpace to send Rashid rover to the moon in 202214-04-2021, 10:34
Uralvagonzavod put into operation 334 units of new equipment in 202014-04-2021, 09:44
Minister of Infrastructure of Ukraine invites Azerbaijan to invest in transport13-04-2021, 18:01
World Steel Association defines green steel and its variations12-04-2021, 13:14
China unlikely to cut steel capacity in 2021 due to high steel prices07-04-2021, 12:11
Scrap metal market at the beginning of April02-04-2021, 11:10
Rising Chinese Prices Fueled Rising Global Steel Prices - MEPS25-03-2021, 18:54
Weakening demand will negatively affect quotations of steel raw materials17-03-2021, 15:39
Sign in with: