SpaceX wants to put 52 rockets into orbit this year. 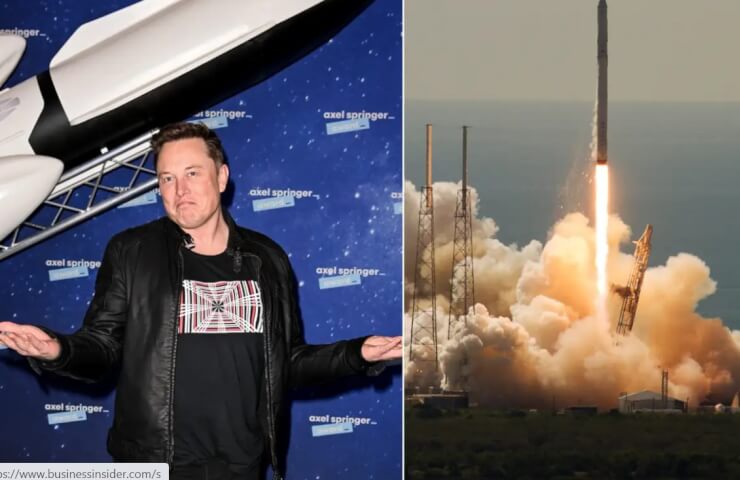 Elon Musk says SpaceX plans to launch its most used rocket once a week on average this year.

“If things go well, Falcon will launch on average about once a week in 2022, delivering about 2/3 of the entire payload from Earth into orbit,” the billionaire tweeted Thursday.

According to the SpaceX website, the company's 70-meter Falcon 9 rocket is a reusable launch vehicle that has flown nearly 140 times in total since it was first built.

His tweet was a response to an Ars Technica reporter who tweeted that the SpaceX Falcon 9 rocket had completed 111 successive successful missions, more than any orbital rocket, according to the reporter.

SpaceX launched 49 of its Starlink satellites into orbit on Thursday using a Falcon 9 rocket. It was the company's sixth launch this year and a second launch in February.

SpaceX launched four Falcon 9 rockets in January, between January 6 and 31, which means the company plans to send an average of one rocket into space each week.

The company's fourth launch in 2022 was delayed four times in a row due to bad weather and after a Royal Caribbean cruise ship entered the launch zone danger zone, forcing the mission to abort seconds before takeoff.

Финансовая аналитика, прогнозы цен на сталь, железную руду, уголь и другие сырьевые товары. More news and analytics on Metallurgprom telegram channel - subscribe to get up-to-date market information and price forecasts faster than others.
Сomments
Add a comment
Сomments (0)
On this topic
Yuzhmash told whether it is possible to launch reusable rockets from the Black Sea
2021 will be the year of rapid development of private astronautics
How Tesla became the world's most valuable automaker
This day in history: the first launch of a unique Ukrainian rocket under the Sea Launch program
How the reform of the electricity market in Ukraine can lead to a collapse and what to do about it
China successfully launched prototype reusable space launch vehicle
Recommended:
Ferroalloy enterprises of Ukraine in total reduced output by 24.9%
Household appliance manufacturer Indesit and Hotpoint leaves Russia
Volvo invests $1.25 billion to build electric vehicle plant in Slovakia
News Analytics
The United States refused to impose duties on Russian metals and increase02-07-2022, 09:05
Daimler Truck began testing Actros tractor on liquid hydrogen02-07-2022, 08:54
Volvo invests $1.25 billion to build electric vehicle plant in Slovakia01-07-2022, 18:17
Swedish court authorizes construction of steel mill for the first time in 5001-07-2022, 11:09
AvtoVAZ plans to produce at least 400,000 vehicles in 202301-07-2022, 11:29
High iron ore shortage could halt metallurgy's green transition28-06-2022, 14:02
Price volatility hits global steel market27-06-2022, 19:28
Recovery in China could be key to rising global steel prices - MEPS24-06-2022, 14:00
Conflict in Ukraine spurs Europe's drive for clean energy03-06-2022, 12:14
US steel market sentiment becomes more price neutral05-05-2022, 10:15
Sign in with: