In the context of the fight against the global coronavirus pandemic, it has become clear that universal access to scientific information is imperative. 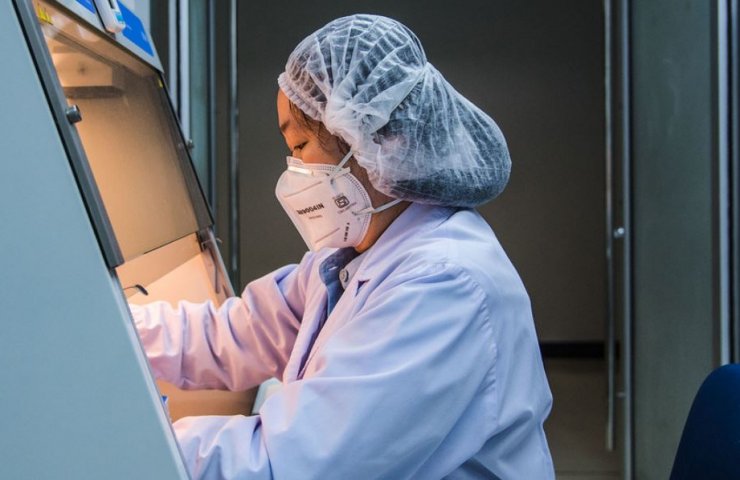 In these difficult times, new technologies and scientific discoveries in the health sector cannot be the property of a minority. They should be available to everyone. This was stated by the head of the World Health Organization (WHO) Tedros Ghebreyesus.

On Tuesday, heads of several UN agencies issued a joint call in light of the COVID-19 pandemic to support the idea of ​​"open science." The essence of this concept is to improve the transparency of scientific activities and make scientific research and data available to all.

“What is the use of advanced technologies at all if they cannot be used by those who need them most? The exchange of data and information that is usually kept secret or protected by intellectual property laws can significantly accelerate the pace of technology development, ”said Dr. Tedros.

UNESCO Director-General Audrey Azoulay stressed: in the context of the fight against the global coronavirus pandemic, it has become obvious that universal access to scientific information is an urgent need.

“The solidarity shown by the representatives of the world scientific community is a model of behavior for the future. In the face of global challenges, we need collective intelligence today more than ever before, ”Azoulay said.

She said that before the pandemic, only one in four scientific research became public, and millions of scientists could not read the work of their colleagues.

"Today, closed models of scientific activity are no longer relevant, because they lead to an increase in inequality between countries and scientists, and scientific progress remains the property of a minority," added the head of UNESCO.

According to her, UNESCO has already prepared the first draft of an international document, which will contain recommendations for countries to exchange scientific information. States are expected to adopt the final version by the end of 2021.

UN High Commissioner for Human Rights Michelle Bachelet, in turn, said that the exchange of scientific data and technology is a human rights issue, especially in the context of a global pandemic.

“One of the main principles of public health is full and open interaction with the public,” she said.

Attempts to deny scientific facts and refusal to make scientifically based political decisions in a pandemic have led to disastrous consequences for the population, Bachelet recalled.

She also welcomed the agreement between WHO and Wikipedia, which agreed to provide free access to information about the coronavirus for everyone on the planet.

Recommended:
ArcelorMittal Kryvyi Rih completed overhaul of blast furnace No. 7
Program crash on Tokyo Stock Exchange led to resignation of its CEO
Ukraine can completely replace gas imports and save billions of dollars on it - State Energy Efficiency
On this topic
The UN believes that the world did not hear the warnings of the Global Preparedness Monitoring
How to celebrate religious holidays in the era of pandemic COVID-19?
WHO Representative in Ukraine sent an open letter to the authorities and citizens of the country
Mental health in crisis: who recommendations
Who declared a state of emergency is not due to the outbreak of coronavirus in China, and due to
Who published the results of a study of the effects of climate change
Add a comment
Сomments (0)
News Analytics
US Provides $ 20 Billion in Government Support to Airlines to Pay Salaries02-12-2020, 19:25
Metinvest closes its first securitization deal02-12-2020, 19:05
Sanjiv Gupta one of these days will find out all the financial secrets of the02-12-2020, 19:18
EU asks Biden to abolish duties on steel and aluminum02-12-2020, 15:16
Mariupol plant named after Ilyich produced the first 20 thousand tons of02-12-2020, 15:54
European Union scrap collectors worried about possible export restrictions18-11-2020, 10:41
Occupational diseases of workers in the extractive industry: types and ways to16-11-2020, 17:49
Eurofer expects recovery in EU steel demand05-11-2020, 09:47
Hot rolled carbon steel demand will continue to grow by 4% pa until 203004-11-2020, 16:14
Platts Steel Trade Review: China Will Decide Asia's Fate30-10-2020, 10:04
Sign in with: