NASA, Boeing, Bezos and Musk are heavily influenced by US election results 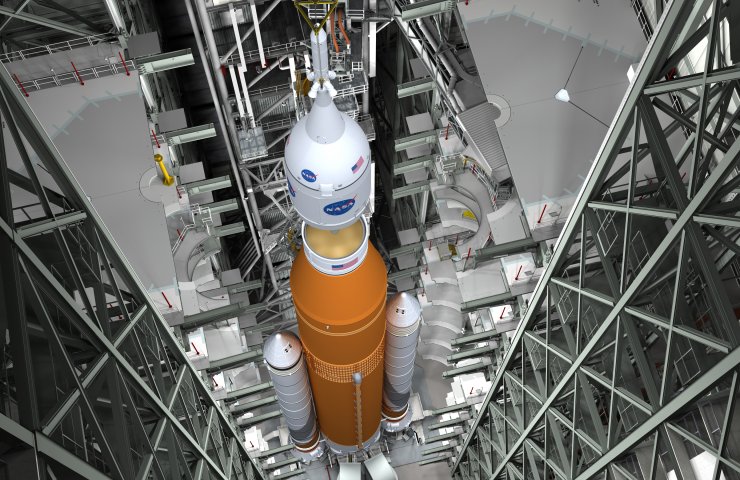 President Trump's plans to win the race in space include the launch of a mission to the moon in 2024 and the end of direct US financial support to the International Space Station in 2025 - transferring control of the orbital laboratory, created for decades, to private space companies.

Biden, on the other hand, will likely call for the postponement of the lunar expedition and offer to extend funding for the International Space Station if he wins the presidential race, according to people familiar with Biden's nascent space agenda.

Abandoning a mission to the moon could cast doubt on the long-term fate of Boeing Co's Space Launch System (SLS) rocket, just like Elon Musk's SpaceX and Jeff Bezos's Blue Origin are trying to bring rival rockets to market as early as next year.

Expanding support for the space station by a decade will also be a major boost for Boeing, whose one-year contract to operate the ISS worth $ 225 million expires in 2024.

Boeing and SpaceX are already supplying spacecraft to deliver astronauts to the ISS as part of a program launched under the Obama administration and backed by both Trump and Biden.

While the postponement of the flight to the moon will result in the waiver of contracts for lunar lander and related equipment, Biden's new space program appears to be broadly geared towards fostering competition between traditional defense contractors such as Boeing and competitors from New space ”, such as SpaceX, which promise lower cost. and reusable rocket systems and spacecraft.

For the commercial space industry, “consistency is key,” said Mike French, vice president of the Aerospace Industries Association's trade group and former chief of staff for NASA under Obama.

In August, after SpaceX launched the first US astronauts to the ISS in nearly a decade, Biden said he was looking forward to "spearheading an ambitious space program that will continue to send astronaut heroes to expand our scientific research." /p>

Still, Biden's space advisory group is divided over what to do with Boeing's SLS.

The super-heavy rocket has faced development delays and cost overruns, but supports tens of thousands of jobs in Alabama and California and is seen by sponsors as a central part of NASA's research plans and the only path to Trump's 2024 timeline for the Artemis mission.

Critics say the outdated rocket technology and launch costs of $ 1 billion or more per mission should prompt an official overhaul of the program by the White House or Congress, especially if SpaceX and Blue Origin can offer the new rockets at a lower cost. p>

Whether Biden's space policies are more SLS-friendly or newer commercial alternatives from new space players will largely depend on his choice of NASA administrator, the role the campaign wants to delegate to a woman.

"But is this a long-term direction to continue to follow?" - asks Loverro.

Recommended:
Hydrogen technologies open up opportunities for decarbonization of the main sectors of the Ukrainian economy
Ukraine calls on Spanish energy companies to cooperate on decarbonizing the economy
ArcelorMittal Kryvyi Rih voluntarily paid over 7 million hryvnia for air pollution
On this topic
How Tesla became the world's most valuable automaker
NASA Accelerates Mission to $ 10,000 Quadrillion Metal Asteroid
Elon Musk received a multimillion-dollar military contract from the Pentagon
Yuzhmash told whether it is possible to launch reusable rockets from the Black Sea
SpaceX signs an agreement to send tourists to the International Space Station
Elon Musk: from hyperloop to the conquest of Mars
Add a comment
Сomments (0)
News Analytics
US Provides $ 20 Billion in Government Support to Airlines to Pay Salaries02-12-2020, 19:25
Metinvest closes its first securitization deal02-12-2020, 19:05
Sanjiv Gupta one of these days will find out all the financial secrets of the02-12-2020, 19:18
EU asks Biden to abolish duties on steel and aluminum02-12-2020, 15:16
Mariupol plant named after Ilyich produced the first 20 thousand tons of02-12-2020, 15:54
European Union scrap collectors worried about possible export restrictions18-11-2020, 10:41
Occupational diseases of workers in the extractive industry: types and ways to16-11-2020, 17:49
Eurofer expects recovery in EU steel demand05-11-2020, 09:47
Hot rolled carbon steel demand will continue to grow by 4% pa until 203004-11-2020, 16:14
Platts Steel Trade Review: China Will Decide Asia's Fate30-10-2020, 10:04
Sign in with: