It became known where the metal "monolith" went, which mysteriously appeared in the American desert and mysteriously disappeared from there a few days ago. 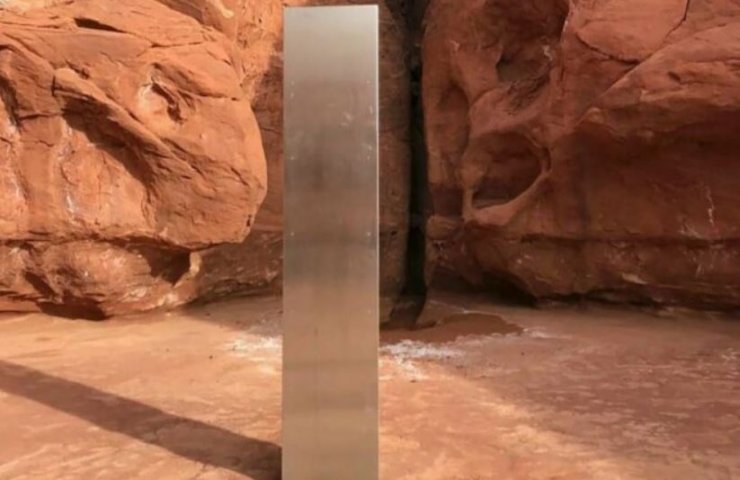 The mystery of how the metal monolith appeared in the Utah desert remains, but the mystery of its removal seems to have been solved - and, unfortunately, has nothing to do with aliens.

Images of four men working late into the night to remove a strange triangular metal pole that caught the attention of the world in a remote corner of the western United States desert appeared on Tuesday.

Photographer Ross Bernards, who visited the monolith on Friday, described in an Instagram post accompanying the photographs how four people suddenly appeared that night, took the monolith apart into several pieces before being taken out of there in a wheelbarrow.

The gleaming pillar, which jutted out about 12 feet from the red cliffs in southern Utah, was first spotted on November 18 by bewildered local officials, and then declared a desert mystery by the Utah Department of Public Safety Air Bureau.

The other day, another 4-meter metal "monolith" was found on the Batka Doamnei hill near the Romanian town of Piatra Neamt. He was spotted just a few meters from the architectural monument - the Petrodavsko-Dakia fortress.