The experiment of launching private traction is carried out without an economic justification and may harm Ukrzaliznytsya, - an expert

The expert states that at the level of the Ministry of Infrastructure and "Ukrzaliznytsia" there is no examination of the decisions made and the economic effect for "Ukrzaliznytsia" and the market is not calculated. 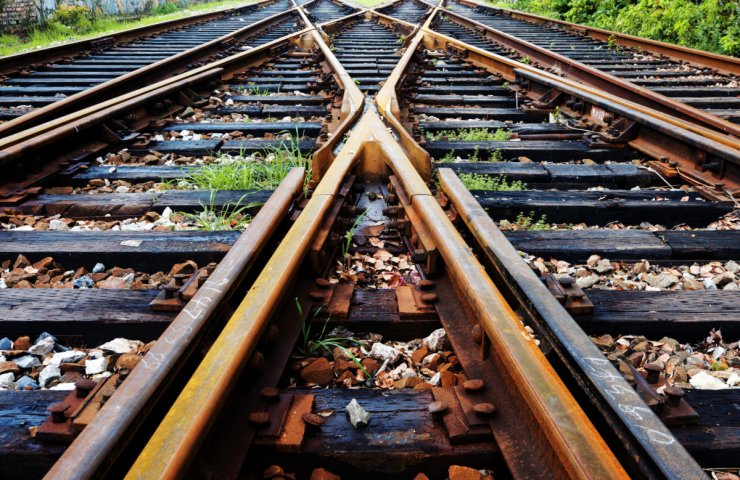 Implementation a pilot project for the admission of private locomotives to public railway lines is being carried out without an economic feasibility study, risk analysis and possible market reactions, and in the long term may negatively affect the financial situation of "Ukrzaliznytsia " and lead it to the loss of the freight market.

This opinion was voiced by a logistics market expert, founder and owner of a number of transport and forwarding companies Yuri Shchuklin .

- According to my calculations based on statistics from 2019-2020, 19.2% of the total grain volume transported by Ukrzaliznytsia is transported through these sections. At one time, together with the cargo owners-participants of the Ichnya agricultural cluster, we considered the idea of ​​purchasing locomotives, including for participation in a pilot project of private traction. But our calculations showed that the cost of maintaining a locomotive will be three times higher than the cost of services of "Ukrzaliznytsia " for the same amount of work, so we abandoned this idea. I am not against healthy competition. But experience suggests that today's political structure and the impact of politics on business does not allow for full and fair competition. And if a private company is allowed not to the unprofitable, but to the best plots, here are not economic motives, but completely different goals. I would like to hear the arguments of the Minister of Infrastructure: from what considerations were the plots selected for admitting a private company, - comments Yury Shchuklin .

The expert predicts that thanks to the launch of the private traction experiment, Ukrzaliznytsia will receive another competitor with unavailable tools for competition, and in the future this will lead to an inevitable redistribution of the grain transportation market.

- I analyze solutions simultaneously from three positions - as a cargo owner (since I am a junior partner of an agricultural holding and bear the cost of logistics), as a forwarder (who organizes transportation) and from the point of view of the interests of Ukrzaliznytsia: the worse its economic situation, the more difficult for all participants in the supply chain. All calculations prove that several competing companies will not be able to coexist on one site, this is economically inexpedient. I perfectly understand the vulnerability of state-owned enterprises to private ones. The admission of a private carrier, which is already working with the grain market, will inevitably lead to the displacement of Ukrzaliznytsia's locomotives from these areas. As a result, it will lead to a reduction in the working hours of Ukrzaliznytsia's locomotive crews, their wages, and the inevitable reduction in the number of locomotives at these sites. How will this affect enterprises, manufacturers and cargo owners? They will be forced to go to this private firm and pay a tariff that will contain in its structure not only a five-year return on investment, the cost of its loans, insurance, but also the maintenance of someone's yachts and penthouses, - explains Yuri Shchuklin . - If the market for the transportation of grain from the northern regions of Ukraine ends up in the hands of a private company (or two or three, for the illusion of an "open market"), and access to the sale of crops grown in these regions depends on them, it is easy to imagine the consequences, based on the experience of our Ukrainian "business traditions". Indeed, a business, unlike a state company, cannot operate where there is no profit, except in situations with an eye to redistribution and monopolization of markets.

The expert states that at the level of the Ministry of Infrastructure and "Ukrzaliznytsia" there is no examination of the decisions made and the economic effect for "Ukrzaliznytsia" and the market is not calculated. - The situation with private traction threatens to repeat the experience already passed with a private fleet of grain carriers. When the non-intervention of the MIU resulted in indiscriminate investments of companies in the wagon fleet, the importation of expired foreign wagons to Ukraine, a surplus of fleets, dumping, and the loss of market and income by Ukrzaliznytsia. There are questions to the management of Ukrzaliznytsia: do they realize that this decision of the MIU puts an end to the company's prospects and opens the way for the hidden privatization of Ukrzaliznytsia?

Recommended:
Scrap metal procurement in Ukraine increased by 30.3%
Tesla's revenue doubles, allowing it to end the first quarter with a record profit
Volkswagen plans to invest 14 billion euros in decarbonization
On this topic
Новые правила ограничения сроков эксплуатации грузовых вагонов стали результатом уступок
2021 will be the year of rapid development of private astronautics
Tens of thousands of jobs in the Ukrainian metallurgy under the threat of reduction - A. Kalenkov
Prospects for ship repair in Ukraine
Yuzhmash told whether it is possible to launch reusable rockets from the Black Sea
Top 10 digital trends in the global steel industry
Add a comment
Сomments (0)
News Analytics
China's Non-Ferrous Metals Sector Records High First Quarter Profits08-05-2021, 15:43
Copper price rises to a record high08-05-2021, 10:17
Dneprotyazhmash manufactures technological equipment for DMK07-05-2021, 10:07
The National Bank of Ukraine will sell 46 tons of scrap metal from obsolete07-05-2021, 10:10
Dnieper Metallurgical Plant DCH Steel in April reduced steel production by 2.8%07-05-2021, 09:18
The current state of the market is ideal for the sale of rolled steel - IREPAS04-05-2021, 18:41
Global hydrogen demand to grow 7-fold by 2070 - PwC21-04-2021, 12:31
World Steel Association predicts a good year for metallurgists15-04-2021, 18:19
World Steel Association defines green steel and its variations12-04-2021, 13:14
China unlikely to cut steel capacity in 2021 due to high steel prices07-04-2021, 12:11
Sign in with: