Is there vanadium in Ukraine?

There are prospects for large-scale production of vanadium in Ukraine. But investment and government incentives are needed. 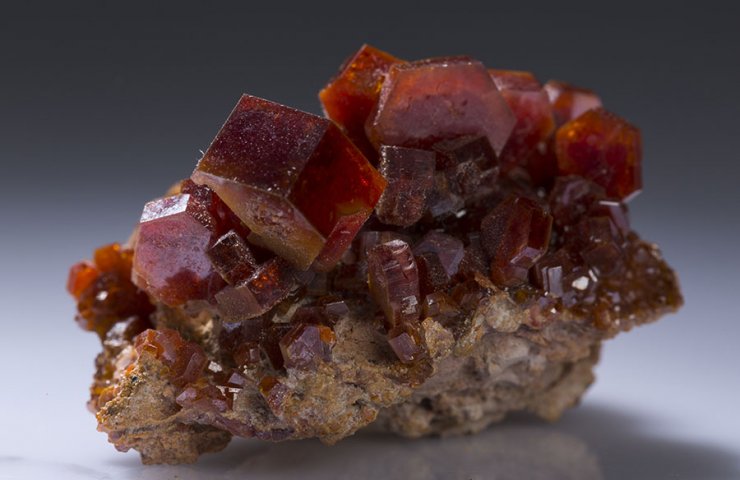 Steel has long and firmly entered the economic activity and everyday life of a person. It is everywhere - in cars and machines, large-sized equipment, buildings, dishes, space technology and medicines ...

The modern world is simply impossible to imagine without metal. Therefore, it is natural that with the development of technologies, the requirements for increasing the service life of metal products that are able to satisfy alloyed steels increase significantly, the properties are formed due to the targeted introduction of modifying elements. The most common elements used to improve the physical, chemical and mechanical properties of steels are chromium, manganese, nickel, silicon, tungsten, molybdenum, vanadium, titanium, copper, cobalt, aluminum, boron, niobium, zirconium.

This metal is an irreplaceable alloying element with practically unlimited scope of application in steels and alloys of the most classes and purposes. The level of mechanical and other properties that correspond to vanadium steel - special toughness and strength, which, in the absence of vanadium, can only be preserved by combining additives from among metals such as niobium, molybdenum, manganese, titanium and tungsten.

However, along with great advantages, there is one big drawback - a relatively small percentage of vanadium content in the earth's crust. The clarke of vanadium is only 0.02%. The total world reserves of vanadium are about 60 million tons. Of this number, approximately 90% of the reserves are concentrated in five countries: Russia, South Africa, Venezuela, the United States and China. Production in these countries is 50-60 thousand tons per year. The largest amount of vanadium is mined by the countries of South America - about 40% of the world vanadium production.

Currently, Ukraine does not produce enough vanadium and its products from domestic raw materials, satisfying its own needs through imports, mainly from Russia and Kazakhstan. At the same time, there are real prospects in Ukraine for establishing the production of metallic vanadium and its compounds at the expense of its own mineral resource base, using deposits of other minerals, where vanadium is found as a by-product.

In industrial concentrations of vanadium on the territory of our country, it was found in ilmenite of apatite-ilmenite deposits (bedrock and weathering crust), ilmenite placers and bedrock uranium-vanadium-scandium ores, as well as in brown iron ores of the Kerch group of deposits.

The main resources of vanadium are associated with titanomagnetite metals of complex apatite-titanium deposits, gravitating to the gabroid rocks of the Korosten pluton. In the ores of these deposits (Stremigorodskoye, Torchinskoye, Fedorovskoye, etc.) the average content of V 2 О 5 is 0.22-0.25%. The ilmenites of placer ilmenite and zircon-ilmenite deposits are vanadium-bearing. In particular, the V 2 O 5 content in the placer concentrates of the Irshan group is 0.23-0.26%. Small reserves of vanadium with a V 2 O 5 content of 0.36% have been found at the complex uranium-vanadium-scandium Zheltorechenskoye deposit.

Along with natural geological formations, on the territory of our state there are many technogenic raw materials, which may contain significant industrial concentrations of vanadium. They can be conditionally divided into the following groups: