Riots in Kazakhstan did not affect the Baikonur cosmodrome

Currently, there are no NASA personnel or assets at Baikonur, so the current situation in Kazakhstan does not directly affect the agency 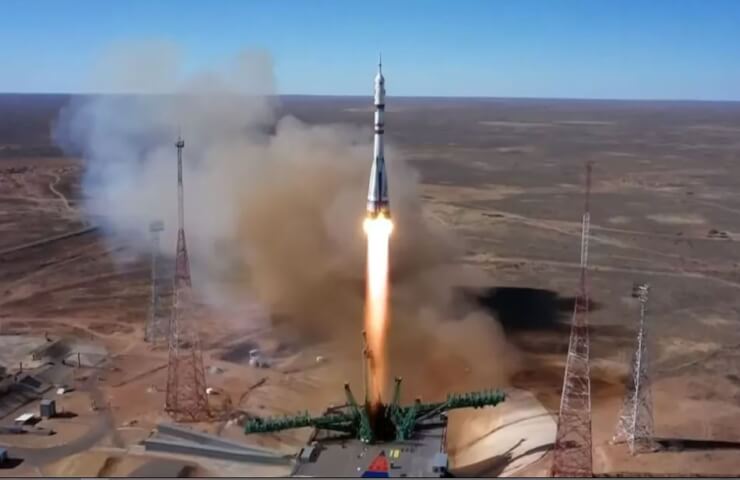 According to Russian officials, the current chaos in Kazakhstan is not having a serious impact on the country's famous cosmodrome.

The soaring fuel prices recently sparked a wave of protests in Kazakhstan, an autocratic Central Asian country that was once part of the Soviet Union. Some of these protests escalated into violence, according to The New York Times.

But the Baikonur cosmodrome - a cosmodrome that was founded in southern Kazakhstan by the Soviet Union in 1955 and remains the starting point for all manned Russian space missions - has remained largely unaffected by the unrest, according to Roscosmos, the Russian federal space agency.

"The situation at Baikonur is normal, all law enforcement agencies are working as usual," the press service of Roscosmos told Space.com by e-mail. "The head of the Baikonur administration, Konstantin Busygin, regularly reports on the situation around Baikonur to the general director of Roscosmos Dmitry Rogozin."

NASA astronauts have visited Baikonur quite often, as over the years they have been launched to the International Space Station (ISS) aboard the Russian Soyuz spacecraft.

Indeed, Soyuz was the only entry into orbit available to astronauts for nearly a decade after NASA decommissioned its space shuttle fleet in 2011. That changed in 2020 when the SpaceX Crew Dragon capsule began flights to the ISS from Florida. (Aerospace giant Boeing is also working to launch its own astronaut transport, the CST-100 Starliner.)

But currently there are no NASA personnel or assets at Baikonur, so the current situation in Kazakhstan does not directly affect the agency, as agency spokesman Dan Huot said.

What is happening in Kazakhstan, of course, matters in a wider picture, and on several levels, from humanitarian to political.

“The latest demonstrations matter because so far the country has been considered a pillar of political and economic stability in an unstable region, even though this stability was achieved at the cost of a repressive government that stifles dissent,” writes The New York Times ... “The protests are also important because Kazakhstan was on the side of Russia, whose president Vladimir Putin views the country - a kind of twin of Russia in terms of its economic and political systems - as part of the Russian sphere of influence.”