As of today, "Long March 8" remains a single-use carrier, but in future modifications it will be equipped with a reentry module. 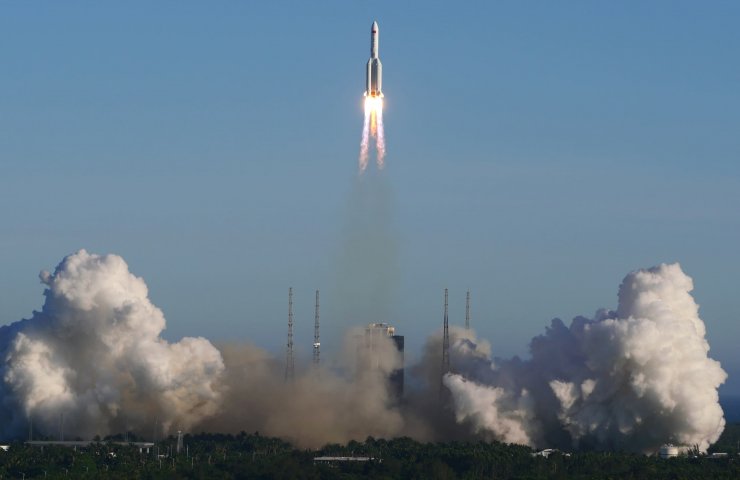 The missile is expected to become the first reusable model in the Long March series in the future.

The designers intend to upgrade the first stage of the future reusable version of the rocket. This new first stage will consist of a main booster and two side boosters. Instead of collapsing and crashing back to Earth, as the first stages of all existing Chinese rockets do, the new core and lateral boosters will stick together and land altogether on a rescue platform at sea.

The most famous reusable rocket in the world is SpaceX's Falcon Heavy, which first launched in February 2018. All the boosters on the first stage of the American rocket can be rebuilt and reused.

Xiao Yun, Project Manager for the Long March 8, said the successful maiden flight of the rocket is a new advance in China's efforts to modernize its medium-lift booster system and push the country towards a world-class space power.

Recommended:
South Korean metallurgists presented commemorative plaques to veterans of the Korean War
Private equity invests in the mining industry amid growing demand for metals
Bogdan Motors announced a record drop in production and the beginning of bankruptcy proceedings
On this topic
Chinese lunar module with mineral samples headed for Earth
Korean auto makers will switch to hydrogen engines with help from Chinese steelmakers
Elon Musk received a multimillion-dollar military contract from the Pentagon
Alexander Maksimovich Makarov - 114 years old
Yuzhmash told whether it is possible to launch reusable rockets from the Black Sea
The European space Agency warned of the impending disaster
Add a comment
Сomments (0)
News Analytics
YUZHMASH expects the adoption of the new space program of Ukraine in the near22-01-2021, 15:18
Eleven miners still await rescue from exploded gold mine in China22-01-2021, 12:34
Rivne NPP shut down power unit No. 122-01-2021, 12:13
Russia will start producing "green" hydrogen22-01-2021, 10:47
High-speed railway launched in China Beijing-Harbin highway22-01-2021, 10:22
China will overtake the United States to become the world's largest economy in27-12-2020, 12:04
The shortage in the US steel market will last at least until the end of the25-12-2020, 11:36
Steel production in China to surpass one billion tons this year23-12-2020, 10:59
Iron ore prices hit seven-year high and continue to rise15-12-2020, 10:26
Prices for metallurgical raw materials continue to rise in regional markets10-12-2020, 11:32
Sign in with: