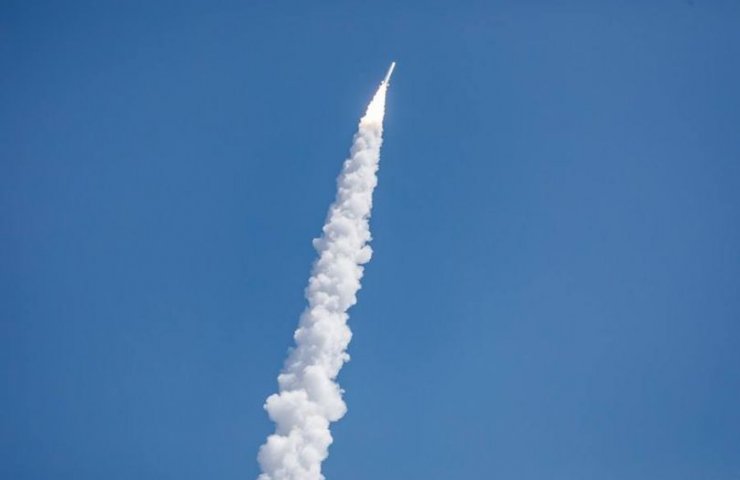 The planned launch of a second commercial launch vehicle, SQX-1, developed by a Chinese private space company today, has failed.

The launch took place today at 4:15 pm Beijing time from the Jiuquan Cosmodrome in northwest China. During the flight, the rocket malfunctioned, the mission failed.

An investigation is underway to identify the specific cause of the malfunction, the launch site said in a statement.

The Hyperbola-1 four-stage launch vehicle is manufactured by the Chinese company i-Space. Its length is 20 meters, radius in coverage is 1.4 meters, payload weight is 300 kg.

Recommended:
Ferrexpo raises pellet production by 7% in January
China starts digital transformation of the country's coal industry
Britain denies loan guarantees for metallurgical holding GFG Alliance
On this topic
2021 will be the year of rapid development of private astronautics
Yuzhmash told whether it is possible to launch reusable rockets from the Black Sea
How the reform of the electricity market in Ukraine can lead to a collapse and what to do about it
SpaceX signs an agreement to send tourists to the International Space Station
Projected growth in consumption of steel by Japanese shipbuilding companies
Steel Musel is crucial in the production of champagne
Add a comment
Сomments (0)
News Analytics
Coronavirus drove Belgian skiers to the slopes of the Charleroi waste heap07-03-2021, 13:52
US Steel focuses on the production of nanosteel for high-strength alloys07-03-2021, 13:46
Poland could lead the race in hydrogen steel technology07-03-2021, 11:29
US Senate Adopts $ 1.9 Trillion Stimulus Package06-03-2021, 23:54
Tibet invests about $ 30 billion in infrastructure projects in 5 years06-03-2021, 14:39
Spread between raw materials and high strength alloy steel in Europe increased01-03-2021, 20:21
Increase in prices is forecasted in the markets of steel raw materials -26-02-2021, 09:25
Troy ounce of gold will drop $ 500 in two years - Fitch25-02-2021, 18:29
Global iron ore production growth to outstrip cumulative production in India23-02-2021, 10:22
Fitch Ratings Warns of “Shocking Impact” on Fossil Fuel Exporters18-02-2021, 14:44
Sign in with: