In 2000, the name of Alexander Maksimovich Makarov was assigned to YUZHMASH. 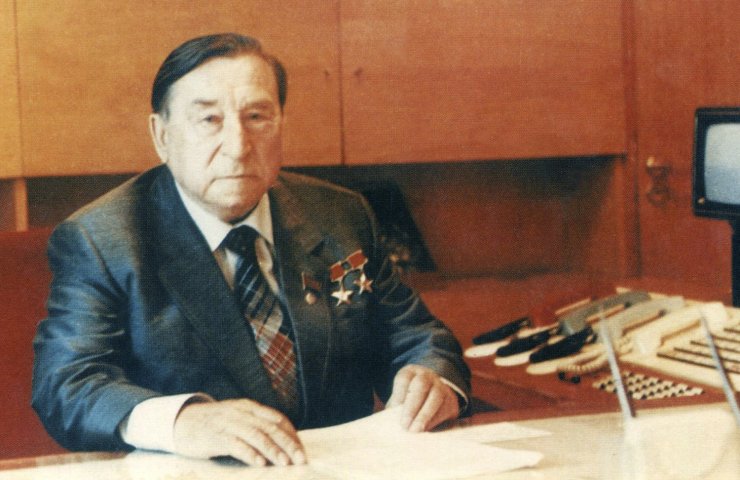 September twelfth. It was on this day that the legendary director of YUZHMASH, Alexander Maksimovich Makarov, was born. It happened 114 years ago in the village of Tsimlyanskaya Rostov region.

Alexander Maksimovich had a complex life full of events - successes and disappointments, ups and downs. There was a successful career as a production manager, and there was a conclusion. Not political, but "professional" - for the release of low-quality products. Then, objective circumstances - unqualified and inexperienced personnel - were not taken into account, the leader's universal personal responsibility reigned. However, out of eight years, Makarov served only two, after which he was again appointed director of the plant. It was 1942, and the war country badly needed industrial products.

And three years later, in 1945, Alexander Maksimovich was transferred to Dnepropetrovsk to an automobile plant (DAZ), now known as YUZHMASH. Then the plant was just under construction, there was a lot of work, so Makarov's managerial qualities came in handy. In 1948, Makarov was already in charge of the DAZ branch - a plant of auxiliary equipment.

In 1951, DAZ was re-profiled for the serial production of combat ballistic missiles. The glorious history of rocketry YUZHMASH began, inextricably linked with the name of Alexander Maksimovich Makarov.

From the production of the R-1, R-2 and R-5 missiles developed by Sergei Korolyov, YUZHMASH already in 1954 switched to the production of missiles of its own design. These were R-12 strategic ballistic missiles. In the same year, Makarov was appointed chief engineer of YUZHMASH. In March 1961, Alexander Maksimovich became the head of the enterprise.

For 35 years of work at the enterprise, Alexander Maksimovich made an outstanding contribution to the creation and development of rocket and space technology. Under his leadership, the production of the most powerful intercontinental ballistic missiles was established. Since the beginning of the 60s, YUZHMASH began to produce space launch vehicles, and subsequently spacecraft. It was a whole era in rocketry: launch vehicles of the Cyclone and Zenit families, upper stages for the Energia-Buran project, a number of spacecraft (Kosmos, Interkosmos, Okean and others) for Earth exploration and the Sun, monitoring the earth's surface and near-earth space.

Working in close cooperation with General Designer of OKB No. 586 (later Design Bureau "Yuzhnoye") Mikhail Kuzmich Yangel, for many years he headed the work on the development of serial production of all types of missiles developed by this design bureau.

Run by Makarov, YUZHMASH became the main manufacturer and supplier of intercontinental ballistic missiles for the Strategic Missile Forces of the USSR, as well as carrier rockets for launching Soviet spacecraft.

Makarov was not only concerned about production issues. Alexander Maksimovich always took care of the workers of the plant, during his work in the Dnieper, housing and infrastructure facilities were built for several hundred thousand citizens.

Alexander Maksimovich worked as the head of YUZHMASH for 25 years. During these productive years of Makarov's work, the plant mastered the production of four generations of ballistic missiles and more than four hundred spacecraft, produced a large number of "peaceful products" (only tractors - more than three hundred thousand).

In 2000, the name of Alexander Maksimovich Makarov was assigned to YUZHMASH.

Alexander Maksimovich passed away on October 9, 1999, leaving a deep mark both in the history of the development of the rocket and space industry, and in the memory of everyone who knew him. His selfless work has been awarded many high awards and distinctions, including two Gold Stars of the Hero, five Orders of Lenin, two Orders of the Red Banner of Labor, the Order of Yaroslav the Wise, the medals of the laureate of Lenin and State Prizes, the title of Honored Mechanical Engineer and Honorary Citizen of the city of Dnipro. p>

Recommended:
UK to lose over £ 18bn due to Huawei sanctions
Yuzhmashevsky engine successfully launched a French rocket into Earth orbit
China expands car market capacity by increasing demand for steel and metals
On this topic
Yuzhmash told whether it is possible to launch reusable rockets from the Black Sea
How the reform of the electricity market in Ukraine can lead to a collapse and what to do about it
Stopped nuclear power plants and mines. What's going on in the energy sector of Ukraine?
Soros nervously reacted to the statement of the lawyer trump accusing him of anti-Semitism
Heating season in Ukraine: where there can be problems with heat and why
Airbus: 50 years of aviation history
Add a comment
Сomments (0)
News Analytics
Indian state steel company to sell non-core assets19-09-2020, 18:50
Largest US steel company to lose $ 100 million in Q319-09-2020, 18:50
UN experts believe that the worst-case scenario for the Ukrainian economy can19-09-2020, 18:47
KZhRK miners' strike threatens with loss of sales markets without prospects of16-09-2020, 21:51
Privatization of the alcohol industry has started in Ukraine16-09-2020, 14:56
Iron ore prices to surpass six-year high soon16-09-2020, 10:32
World Oil Demand Peak May Be Over - BP15-09-2020, 09:05
China expands car market capacity by increasing demand for steel and metals11-09-2020, 10:56
Prices continue to rise in the long and flat steel markets08-09-2020, 14:25
Difference between ferrous and non-ferrous metal28-08-2020, 13:45
Sign in with: