Tesla is recalling 36,126 Model S and Model X electric vehicles in China due to issues with eMMC drives that may not work according to established standards. 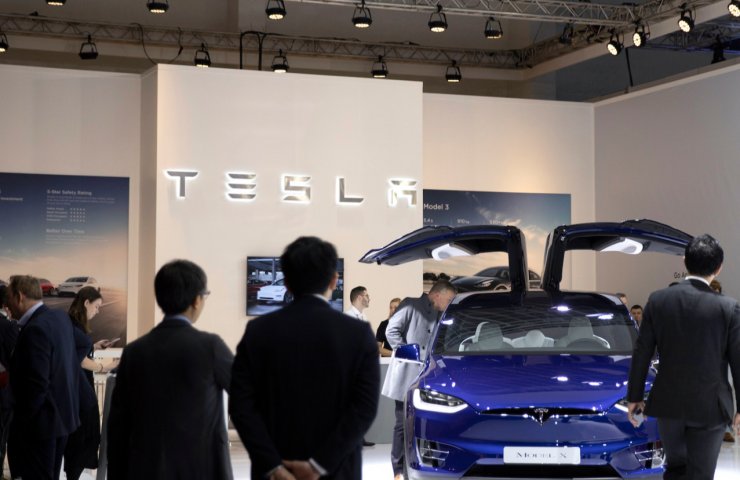 American electric vehicle manufacturer Tesla has announced that it is recalling 36,126 vehicles from the Chinese market due to a possible malfunction of the touchscreen in the interior of these vehicles, which could lead to potential safety threats. This was announced by the State Administration for Market Regulation of the PRC.

Security risks may arise from problems with 8GB eMMC cards installed in the interior of the aforementioned vehicles. These cards have the potential to deteriorate, resulting in malfunctions of the touchscreen, reversing cameras, heating equipment and turn signal lights, the statement said.

The automaker has pledged at its expense to increase the capacity of eMMC memory cards from 8 GB to 64 GB and to ensure the installation of updated software on the recalled vehicles to eliminate the risks.

Tesla this week announced a recall campaign for the Model S and Model X. Touchscreens may fail in EVs. The voluntary recall affects 134,951 vehicles. They were all released before March 2018. The problem concerns models with built-in 8 GB memory.

Recommended:
Ice Apocalypse In Texas Spurs Up Gas Prices In Europe
Ukraine and the European Union deepen cooperation on the production of lithium-ion batteries
PJSC PIMCU im. E.P. Slavsky "increases the volume of mine workings at the operating mines
On this topic
Tesla starts shipping Chinese versions of the Model Y SUV
South Korea launches investigation into Tesla autopilot for murder
Tesla will recall more than 10,000 cars with defective roof and steering wheel
Tesla plans to export China-made Model 3s to Asia and Europe
Tesla lowers Model prices 3 China 10%, to obtain subsidies from Beijing
Tesla has reduced the prices of their Chinese cars after receiving grants from the government
Add a comment
Сomments (0)
News Analytics
Where and how much gold is there in Ukraine?25-02-2021, 21:28
A plot with copper deposits in the Volyn region of Ukraine has risen in price25-02-2021, 18:26
ArcelorMittal is preparing to announce another price increase in the next few25-02-2021, 18:43
Indonesian gold mine collapse kills 3 people, 5 missing25-02-2021, 18:41
MMK them. Ilyich purchased electricity from Energoatom for 26 million hryvnia25-02-2021, 13:12
Troy ounce of gold will drop $ 500 in two years - Fitch25-02-2021, 18:29
Global iron ore production growth to outstrip cumulative production in India23-02-2021, 10:22
Fitch Ratings Warns of “Shocking Impact” on Fossil Fuel Exporters18-02-2021, 14:44
Raw material prices rise by about 10.5% in January 2021 - Deutsche Industriebank12-02-2021, 10:48
JP Morgan Analysts Announce New Super Growth Cycle in Commodities11-02-2021, 17:56
Sign in with: