China Aerospace Science and Technology Corporation noted that these tests laid a solid foundation for the development of a reusable space transportation system. 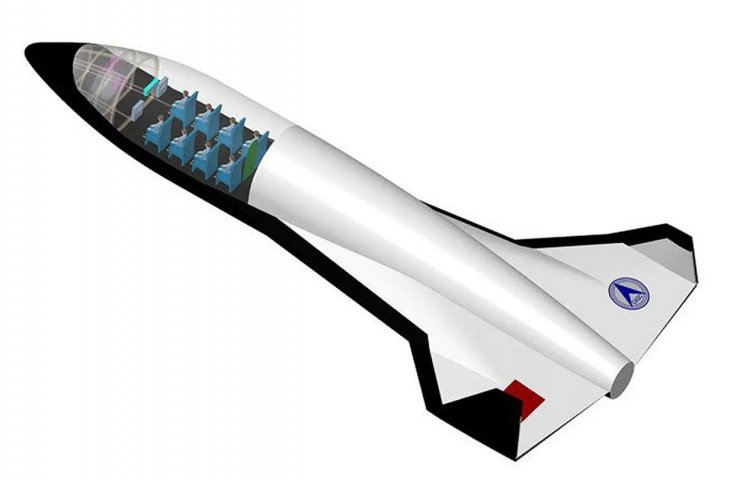 China has successfully tested a reusable suborbital spacecraft, according to the China Corporation of Space Science and Technology (CASC).

The ship took off on the morning of Friday, July 16, from the Jiuquan cosmodrome in Gansu province and, after completing the flight program, made a safe horizontal landing at the Alashan-Yuqi airfield in the Inner Mongolia Autonomous Region in the north of the country, the Xinhua news agency quoted CASC statement ... The name of the ship, the duration of the flight and other details have not yet been disclosed.

Where Earth's atmosphere ends and space begins is a moot point, but the so-called Karman Line, which sits at an altitude of about 62 miles, is the definite boundary of space in common use. While "suborbital" can mean anything below that, the term is commonly used for flights that reach the edge of that line.

Back in 2016, the company outlined plans for a vehicle that would first be accelerated by a traditional space rocket and accelerated the rest of the way with a secondary booster.

The corporation said that the development of reusable space transportation technologies is a sign of "China's transformation from a space power into a great space power.

Recommended:
KNESS starts construction of a site for the production of "green" hydrogen in Vinnitsa
Airbus begins supplying A350 aircraft through its hub in China
Deutsche Bahn estimates flood damage in Germany at 1.3 billion euros
On this topic
The largest shale oil field discovered in China
China ready to build an international research station on the moon - chief designer
Ukrainian-powered Antares launch vehicle successfully launched from Wallops cosmodrome
The historical path from the Energia-Buran project to the Zenit space rocket complex
Chinese commercial launch vehicle "Hyperbola-1" exploded on takeoff
Virgin Galactic reveals the interiors of the new space plane
Partner news
Сomments
Add a comment
Сomments (0)
News Analytics
Ukroboronprom confirmed the intentions of Antonov State Enterprise to start25-07-2021, 11:15
Gazprom reacted to the refusal of Naftogaz of Ukraine to buy Russian gas with25-07-2021, 11:00
Iron ore has become a strategically important raw material for defense -24-07-2021, 11:06
Vietnam overtook Ukraine in the world ranking of steel-producing states24-07-2021, 11:38
Port "Yuzhny" has set a record for the speed of loading pig iron on a ship24-07-2021, 10:10
On the regional markets of metallurgical products, prices are balancing in a22-07-2021, 16:22
Demand for armaments will ensure a stable growth of armored steel sales by 4%20-07-2021, 10:10
Protectionist Measures Support European Steel Prices Despite Summer Lull19-07-2021, 11:02
Positive price growth is observed in the markets for metallurgical products16-07-2021, 14:12
European steel market is in confusion: price growth has slowed down, but no one21-06-2021, 17:40