The first Ukrainian-Turkish contract concluded after the signing of a free trade agreement between the two countries was a contract for the construction and supply of a composite floating dock with a carrying capacity of 8,500 tons. 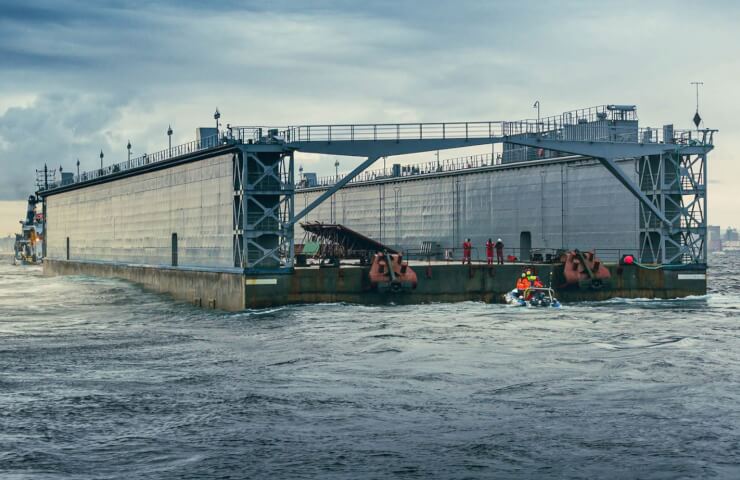 Palada Kherson State Plant, which is part of the Ukroboronprom State Concern, and the Turkish company Hidrodinamik Shipyard signed a contract for the construction and supply of a composite floating dock with a carrying capacity of 8,500 tons. This was reported by the press service of Ukroboronprom on Monday.

“This is the first Ukrainian-Turkish contract concluded after the Prime Minister of Ukraine Denis Shmihal and the Minister of Trade of the Republic of Turkey Mehmet Mus signed an agreement on a free trade zone between Ukraine in the presence of the presidents of both countries - Volodymyr Zelensky and Recep Tayyip Erdogan and Turkey,” the press service of the head of the plant, Yevgeny Alkhimov, quoted him.

The offshore structure will be built using modern technology: the pontoon will be made of marine reinforced concrete based on sulfate-resistant Portland cement, and the towers will be made of shipbuilding steel. This combination of materials will reduce maintenance costs for more than 50 years.

All the main materials will be Ukrainian-made, and the equipment will be from European and Turkish suppliers.

Since 1968, Palada has built 43 similar docks of various modifications, 39 of which are successfully operated in many countries of the world.