The European Union's largest steelmaker will accelerate decarbonisation in France with a €1.7 billion investment program backed by the French government. 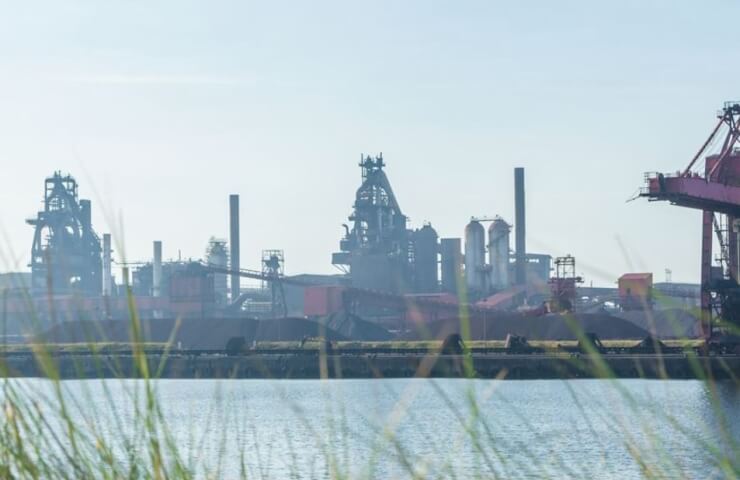 During the visit, the Prime Minister announced the French government's support for ArcelorMittal's decarbonisation program in France, which includes a €1.7 billion investment in its facilities in Fos-sur-Mer and Dunkirk.

According to the press office of ArcelorMittal, these investments will ensure a fundamental transformation of the steel industry and the overall reduction of ArcelorMittal's CO2 emissions in France by almost 40%, or 7.8 million tons per year, by 2030.

The transformation of the steel industry will create positive and sustainable employment and industrial activity in France, especially in the areas of Dunkirk and Fos-sur-Mer, a leading European steel company said.

“ArcelorMittal is honored that the French state is supporting our projects… ArcelorMittal management and its 15,500 employees in France are mobilized to succeed in this new industrial revolution and we look forward to welcoming new talent to take part in this extraordinary adventure,” said Eric Nidzela.

ArcelorMittal's operations in France have already begun work on the second phase of their decarbonization programme, which will use the technologies implemented in the first phase along with carbon capture and storage or utilization (CCU/S) technologies, provided that the technology will be sufficiently developed, and regulation will ensure this economic feasibility. This second step will enable ArcelorMittal's French operations to achieve carbon neutrality by 2050.

The partnership between ArcelorMittal and the French government on projects is subject to EU approval, which is expected in the second quarter of this year, as well as the availability of an economically viable energy infrastructure and supply.

Финансовая аналитика, прогнозы цен на сталь, железную руду, уголь и другие сырьевые товары. More news and analytics on Metallurgprom telegram channel - subscribe to get up-to-date market information and price forecasts faster than others.
Сomments
Add a comment
Сomments (0)
On this topic
ArcelorMittal will close the second blast furnace at a plant in FOS-sur-Mer due to the lack of
Air Liquide and ArcelorMittal decarbonize steel production in Dunkirk
France can block the sale of British Steel to the Chinese
ArcelorMittal to Build a Billion Euro Waste Blast Furnace in Belgium
EU leaders approve plan to cut greenhouse gas emissions by 55% by 2030
Australia has hinted to France about breaking the $ 60 billion deal for the past two years
Recommended:
Vale signs long-term nickel supply deal with Tesla
Electricity from waste: Naftogaz and Clear Energy launched a biogas power plant in the Lviv region
Zaporizhstal reported on the first thousand tons of iron and steel smelted in April
News Analytics
The largest producer of titanium raw materials in Ukraine OGCC will sell25-05-2022, 20:48
Glencore accused of bribery in London pleads guilty in the US25-05-2022, 10:44
Swiss oil and gas equipment manufacturer Sulzer leaves Russia24-05-2022, 13:08
BIR: European Commission's decision on scrap metal will be the most tragic24-05-2022, 11:41
Rejection of Russian palladium destroys markets24-05-2022, 11:41
US steel market sentiment becomes more price neutral05-05-2022, 10:15
The global high-strength steel market will grow steadily by 5% annually for the04-05-2022, 08:45
China steel inventories hit 13-month high amid COVID-19 outbreak30-04-2022, 16:38
Slowdown in global auto sector affects steel prices27-04-2022, 12:36
World alumina production reaches a record 138 million tons21-04-2022, 09:54
Sign in with: