the Price of oil in the European market dropped this week below $ 20 per barrel. 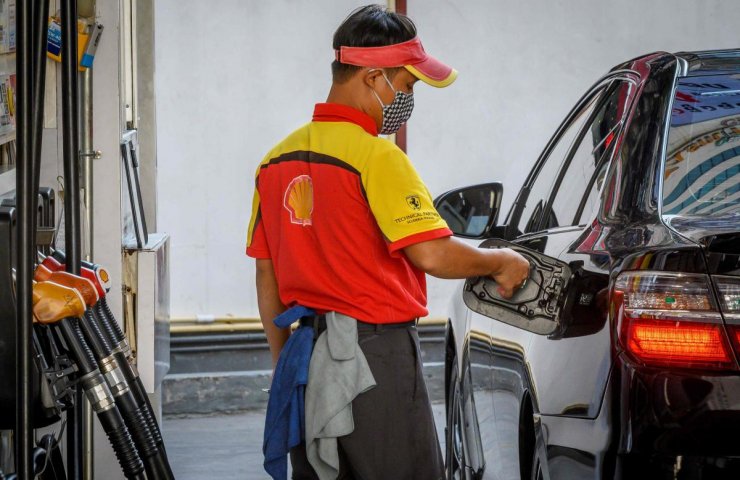 in March In comparison with February the price of oil in the European market on average decreased by 41% or $ 23 per barrel, which is certainly reflected in the corresponding fall in the price of gasoline and diesel fuel. Thus, the 10 ppm gasoline on a European average lost 44% or $ 235 per ton, and diesel fuel - 30% or $ 150 per ton. In March these oil products traded in the range of 180-495 and 280-465 dollars per ton, respectively.

March 30, the crude oil price on the European market broke through the psychological mark of $ 20 per barrel. Brent crude was trading at levels around $ 18. This contributed to the strengthening of quarantine measures in Europe and the United States. Many businesses stopped, people are forced to adhere to the quarantine, so fuel consumption is significantly reduced.

In the US, the reduction in daily fuel consumption was reduced by almost 2 times. According to estimates Morgan Stanley, in April-June, the US economy is size at 21.4 trillion dollar a year, may lose about 30%. Economic activity in the U.S. in March was almost paralyzed. 8 million Americans applied for unemployment benefits. According to estimates by Bank of America the decline in GDP for the second quarter will be 25%.

Earlier it was reported that "bearish" investment Bank Citigroup forecast assumes that the price of Brent crude could crash to $ 5 per barrel in the second quarter of this year.

Recommended:
The group "AVTOVAZ" reduced sales of cars three times compared to last year
On iron and steel in may sharply increased the production of cast iron
Toyota forecasts a drop in annual profit by 80%
On this topic
Gas prices in Europe fell to historic lows
Prices for hot rolled steel in Europe is steadily growing
Saudi Arabia in January, much lower oil prices for Northwest Europe
In the EU, rising prices for gasoline and diesel fuel
Розничные цены на нефтепродукты в странах Евросоюза продолжили падение
В Европе падают цены на бензин и дизтопливо
Add a comment
Сomments (0)
News Analytics
Corum Group of Rinat Akhmetov and the Czech investment company signed a05-06-2020, 12:53
The coalition "enough is Enough grass Krivoy Rog" visited ArcelorMittal checking05-06-2020, 11:57
Reuters: US will punish all those involved in the construction of "Nord stream04-06-2020, 13:39
The Dnieper metallurgical plant launched blast furnace No. 204-06-2020, 12:41
The South Korean Prosecutor's office demands to arrest the Vice-President of04-06-2020, 11:06
Global steel consumption in 2020 will be reduced by 6.4% - Worldsteel04-06-2020, 13:53
American steelmakers are faced with an unexpected problem associated with the14-05-2020, 09:09
Relying on the incentives, Chinese steelmakers increase production30-04-2020, 10:20
The rapid recovery of the steel market in China leads to a drop in iron ore22-04-2020, 13:11
Platts: steel Market of China will not be able to recover until the second half20-04-2020, 12:25