Germany's largest steelmaker said it was open to negotiations to sell the business, but was not ready to enter into a deal with Britain's Liberty Steel. 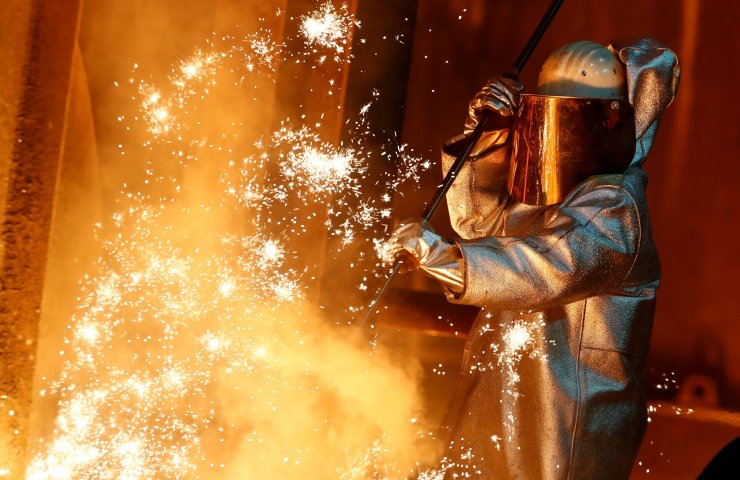 The German industrial concern, which, due to the difficult financial situation, decided to sell the maximum number of production units, including the steel division, said that its negotiations to sell the business were not moving in any way.

Earlier it was reported about negotiations between Thyssenkrupp and British Liberty Steel, part of the industrial conglomerate GFG Alliance, owned by entrepreneur Sanjiv Gupta, which allegedly made a non-binding offer to acquire the metallurgical division of the German corporation.

The proposal from Liberty Steel caused particularly strong employee dissatisfaction. Jürgen Kerner, Deputy Chairman of the Supervisory Board of ThyssenKrupp, spoke out unequivocally against the deal.

Kerner has once again accused Liberty Steel of simply wanting cheap deals with a big name.

The owner of Liberty Steel is known for his high-profile acquisitions in the UK and Australia, some of which looked dubious. Sanjiv Gupta uses a strategy of switching from blast furnace steel production to electrometallurgical production, which he develops thanks to his own generation of electrical energy.

Strong resistance from workers may make it difficult for Thyssenkrupp management to close a deal with Liberty Steel. But the alternatives are gradually coming to an end.

Recommended:
The world's largest oil company Saudi Aramco is forced to borrow money to pay dividends
Ukrzaliznytsia invests over UAH 26 billion in infrastructure and rolling stock
The head of "ArcelorMittal Kryvyi Rih" joined the Board of the European Business Association
On this topic
British billionaire Sanjiv Gupta buys U.S. steel company, Bayou Steel Group
France can block the sale of British Steel to the Chinese
Half of the profits from the sale of British Steel will get accountant Ernst & Young
Liberty Steel CEO writes letter to Financial Times
British Steel lenders insist on plant closure
British Steel buyer has not yet appeared
Add a comment
Сomments (0)
News Analytics
German high-speed trains will ride on Ukrainian wheels30-11-2020, 16:26
Diplomatic squabble between Beijing and Canberra crashes coke imports into China30-11-2020, 15:53
The European Commission announced the reduction of industrial emissions by 2%30-11-2020, 15:43
Ukraine does not plan to release shells and cartridges in the coming years -30-11-2020, 15:59
UK investigates human death due to air pollution for the first time in history30-11-2020, 14:37
European Union scrap collectors worried about possible export restrictions18-11-2020, 10:41
Occupational diseases of workers in the extractive industry: types and ways to16-11-2020, 17:49
Eurofer expects recovery in EU steel demand05-11-2020, 09:47
Hot rolled carbon steel demand will continue to grow by 4% pa until 203004-11-2020, 16:14
Platts Steel Trade Review: China Will Decide Asia's Fate30-10-2020, 10:04
Sign in with: