British airline EasyJet has agreed with Airbus to postpone the purchase of new aircraft in order not to go bankrupt until air travel in Europe is restored to an acceptable level. 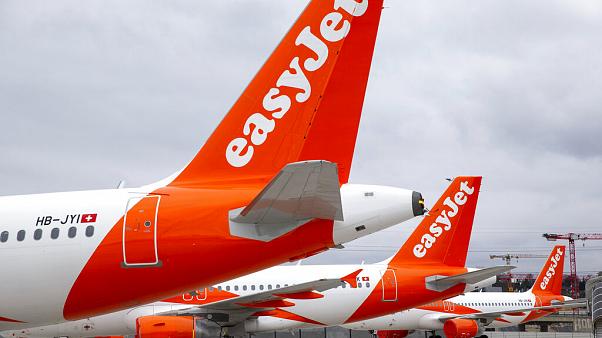 EasyJet announced that the planned deliveries of 22 Airbus aircraft over the next 2 years will be postponed to 2027-2028.

In addition, 15 aircraft delivery dates will be shifted between 2022 and 2024 to more closely match projected seasonal requirements.

EasyJet announced that, under the terms of the 2013 Airbus agreement, the future cumulative cash price of each deferred aircraft will increase.

EasyJet reported a loss of £ 1.27 billion (roughly $ 1.7 billion) last month amid a sharp drop in air travel in Europe.

Recommended:
ArcelorMittal Kryvyi Rih will insure its employees against suspected coronavirus
Construction of Nord Stream 2 in Danish waters to begin on January 15 - DEA
Ukraine starts monitoring greenhouse gas emissions from industrial plants
On this topic
Metinvest bonds are included in the global debt indices of emerging markets
Airbus will cut aircraft production by a third due to coronavirus
Airbus suspends production in France and Spain
US increases tariffs on European planes with 10 to 15%
Emirates airlines is buying 50 new Airbus A350 aircraft
The Ministry of Economy of Ukraine has adjusted the macro forecast for 2020-2022
Add a comment
Сomments (0)
News Analytics
Industry association predicts 8% growth in passenger car sales in China in 202123-01-2021, 11:07
YUZHMASH expects the adoption of the new space program of Ukraine in the near22-01-2021, 15:18
Eleven miners still await rescue from exploded gold mine in China22-01-2021, 12:34
Rivne NPP shut down power unit No. 122-01-2021, 12:13
Russia will start producing "green" hydrogen22-01-2021, 10:47
China will overtake the United States to become the world's largest economy in27-12-2020, 12:04
The shortage in the US steel market will last at least until the end of the25-12-2020, 11:36
Steel production in China to surpass one billion tons this year23-12-2020, 10:59
Iron ore prices hit seven-year high and continue to rise15-12-2020, 10:26
Prices for metallurgical raw materials continue to rise in regional markets10-12-2020, 11:32
Sign in with: