Daimler Truck aims to eventually bring the fuel cell prototype Mercedes-Benz GenH2 Truck to a range of 1,000 kilometers or more, making the truck suitable for a range of applications, especially in the heavy haul transport sector. 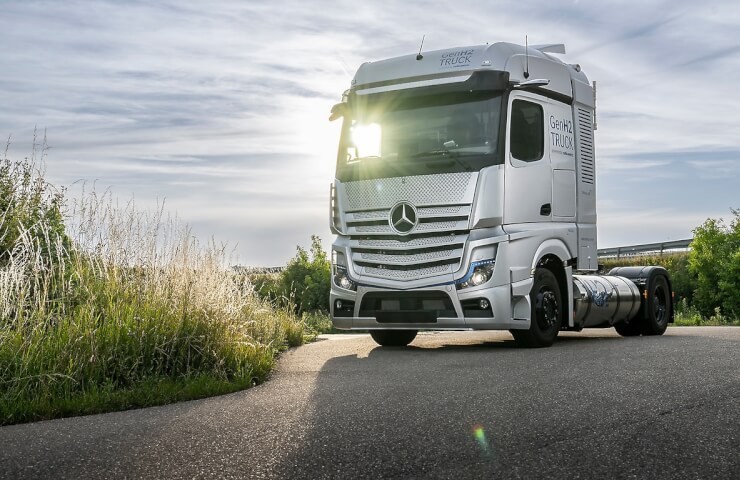 “Daimler Truck continues to work on a strategy to move towards the production of exclusively CO2-neutral trucks until 2039. In addition to the eActros battery-electric vehicles already launched in series, the company is also working on hydrogen models,” the message says.

It holds 40 kg of fuel supplied from the newly built station in Werth in its two tanks. The hydrogen storage temperature is minus 253 degrees, so special attention is paid to the thermal insulation of the tanks. They promise a power reserve of 1000 km and even more.

An even more advanced technology, Supercooled Hydrogen (sLH2), is currently being developed with another company to make refueling easier.