The main goal of the consortium will be the creation of a metallurgical production in Hamburg, operating with electricity from a hydrogen-fueled power plant. 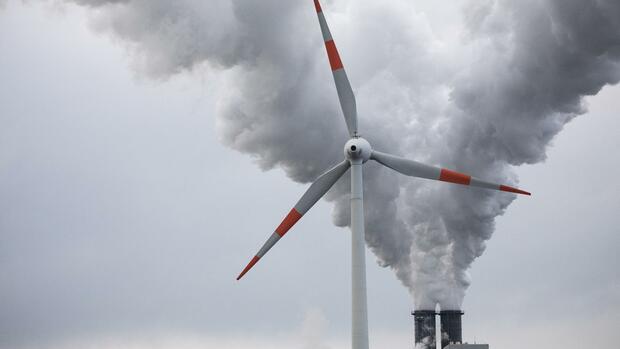 ArcelorMittal, the world's leading steelmaker, and Swedish utility Vattenfall have teamed up with Shell, Airbus and other industrial giants to reduce production emissions by using hydrogen.

The 12-member consortium, which also includes Japan's Mitsubishi Heavy Industries and the logistics group Hamburger Hafen und Logistik, will focus on carbon steel production in the port city of Hamburg.

“Through the Hamburg Hydrogen Cooperation, we will be able to save one million tonnes of carbon dioxide (CO 2 ) annually (until 2030),” said Uwe Braun, head of ArcelorMittal's plant in Germany's second largest city. .

Hydrogen is considered a "green" fuel if electricity from renewable energy sources is used to produce it.

As part of the plan, Vattenfall will shutdown its coal-fired power plant in Murburg and convert it to clean hydrogen from renewable energy sources, while steelmaker ArcelorMittal will be one of its main customers.

European steelmakers, one of the world's largest pollutants, are under intense pressure to reduce 2 emissions while maintaining profitability amid fierce competition, mainly from China.

The original role of green hydrogen will be to replace industrial gray hydrogen that is produced with natural gas, but its use goes far beyond that as it can be used to provide energy for heating and transportation.

Green hydrogen is two to three times more expensive than gray hydrogen, but with subsidies it could become competitive within 10 to 12 years, said Oliver Weinmann, managing director of Vattenfall Europe Innovation.

Финансовая аналитика, прогнозы цен на сталь, железную руду, уголь и другие сырьевые товары. More news and analytics on Metallurgprom telegram channel - subscribe to get up-to-date market information and price forecasts faster than others.
Сomments
Add a comment
Сomments (0)
On this topic
Mitsubishi Heavy to build largest zero-carbon steel plant
Oil giant Shell goes into hydrogen and biofuels, abandoning oil
Thyssenkrupp expects the Chinese to sell their industrial assets
Airbus begins supplying A350 aircraft through its hub in China
The Duke and Duchess of Cambridge visited the steel plant Tata Steel
Airbus will cut aircraft production by a third due to coronavirus
Recommended:
China to halve ferroalloy production due to weak demand
Ukraine delivered 86,000 tons of iron ore to Turkey in September - TUIK
The European Union has sharply increased purchases of Russian titanium
News Analytics
China's iron ore output to rise in 2023 as new projects are launched30-11-2022, 18:10
"Centravis" agreed to supply a new batch of seamless pipes to a30-11-2022, 16:51
Metinvest enterprises in Ukraine resumed work after massive shelling of29-11-2022, 11:59
The European Council added the violation of restrictive measures (sanctions) to28-11-2022, 14:22
The abolition of export duty in India may reduce the price of Turkish steel28-11-2022, 14:07
Commodity prices will fall, metals quotes will rise slightly - Focus Economics28-11-2022, 13:28
Platinum market to face shortage next year - WPIC22-11-2022, 18:25
Global steel demand falls and will fall by 2.3% in 2022: WorldSteel19-10-2022, 23:12
Iron ore prices fall to 11-month low15-10-2022, 10:36
China production cuts in winter will give limited boost to steel markets -15-09-2022, 10:09
Sign in with: