Germany adopted a program of "green" restructuring of the national economy

The German government plans to spend 12 billion euros on the energy restructuring program. 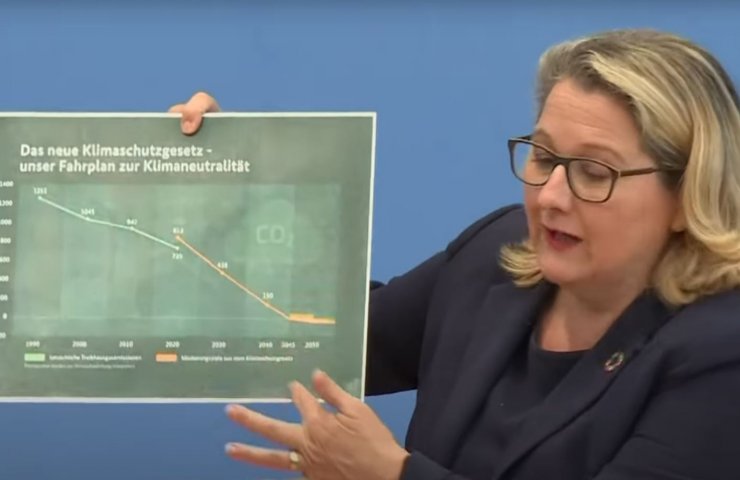 The German government has presented a plan for restructuring the national economy so that by the end of this decade to reduce greenhouse gas emissions by 60% compared to the current permitted level, and by 2045 to achieve "climate neutrality". The government was forced to move forward the goals of the first stage by 10 years after the constitutional court ruled unconstitutional to shift the implementation of the plan to the next generation.

“This is an honest proposal from the perspective of future generations,” says Federal Minister of the Environment Svenja Schulze. - Unlike the previous plan, we do not postpone the most difficult for the future. This time, we are taking bold steps from the very beginning so as not to leave unsolvable tasks to the younger generation. You can see for yourself that we are setting ourselves a plan for the transition to be even and almost straightforward. ”

According to the new plan, by the end of this decade, Germany will have to obtain two-thirds of its energy from renewable sources. It is planned to allocate large funds for the conversion of gas power plants into hydrogen ones. The timing of the closure of coal plants will be accelerated. From 2032, it is planned to suspend the production of cars running on fossil fuels. To save energy, households should receive additional insulation and be equipped with heat pumps. Failure to comply with these requirements is subject to high fines.