In Russia, mines will be suspended if safety violations are detected

Vladimir Putin approved a list of instructions following a meeting on the situation in the coal industry of Kuzbass, held on December 2, 2021. 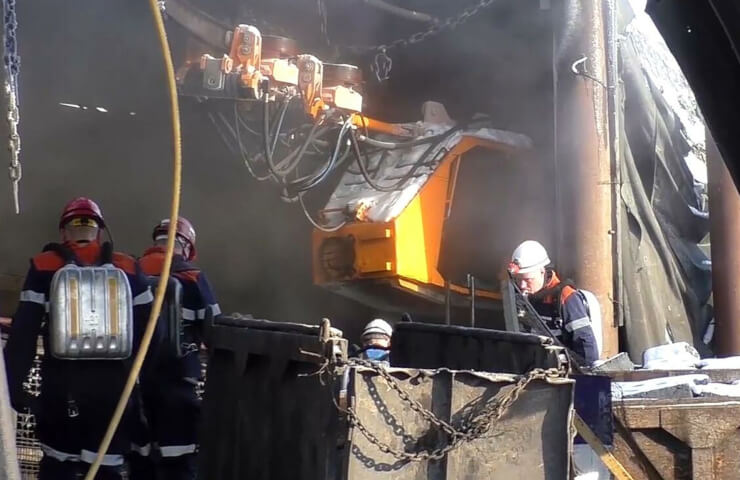 Following a meeting on the situation in the coal industry of Kuzbass, held on December 2, 2021, Russian President Vladimir Putin instructed the government to amend the Administrative Code (Code of Administrative Offenses), providing for the suspension of mines for non-compliance with degassing requirements during coal mining.

It is proposed to introduce the following types of punishments for non-observance of safety measures at mines:

In addition, Vladimir Putin instructed, by January 1, 2023, to create systems for auditing organizations operating hazardous production facilities in Russia, as well as to make it mandatory for such an audit by the controlling persons of these organizations.

Until February 1, 2022, it was instructed to exclude from the structure of the conditionally constant part of the wages of miners payments that directly or indirectly depend on the output (the amount of coal mined).

Let us remind you that on the morning of November 25 at the Listvyazhnaya mine in Kuzbass there was smoke, as a result of which miners and rescuers died. The number of people injured in the accident at the mine is estimated at 99 people, as a result of the accident 51 people died. On the fact of the incident, a criminal case was initiated under Part 2 of Art. 217 of the Criminal Code of the Russian Federation ("Violation of industrial safety requirements for hazardous production facilities, resulting in the death of a person by negligence"), as well as a criminal case on the fact of negligence of employees of the Rostekhnadzor department.

Финансовая аналитика, прогнозы цен на сталь, железную руду, уголь и другие сырьевые товары. More news and analytics on Metallurgprom telegram channel - subscribe to get up-to-date market information and price forecasts faster than others.
Сomments
Add a comment
Сomments (0)
On this topic
In "Gazprom" announced about the futility of shale gas
Numerous violations of environmental legislation have been identified at Severny GOK of Metinvest
KZhRK miners' strike threatens with loss of sales markets without prospects of their return
Today, 20 years since Vladimir Putin first became President of the Russian Federation
The European Union has declared its readiness to support Ukraine in reforming the coal industry
The Russian government dismissed
Recommended:
India's JISPL extends blast furnace maintenance indefinitely
Canadian scientists have proposed to "collect" CO2 from the atmosphere using railways. wagons
ArcelorMittal expects real steel demand in Europe to be 'at least stable'
News Analytics
India prepares to lift export duties on steel09-08-2022, 08:34
Russian metallurgists will need more than 10 years to replace imports of key09-08-2022, 07:23
China reduced steel exports in July by one million tons or 12%08-08-2022, 17:41
World steel prices have moved from a protracted fall to growth08-08-2022, 16:27
Ferrexpo's net profit in the first half of the year decreased by 88%03-08-2022, 10:20
The US market may begin a collapse in prices for thick sheet14-07-2022, 09:39
High iron ore shortage could halt metallurgy's green transition28-06-2022, 14:02
Price volatility hits global steel market27-06-2022, 19:28
Recovery in China could be key to rising global steel prices - MEPS24-06-2022, 14:00
Conflict in Ukraine spurs Europe's drive for clean energy03-06-2022, 12:14
Sign in with: