According to officials, the process of closing Ukrainian mines should be phased to prioritize regions and cities, requiring software support in the first place. 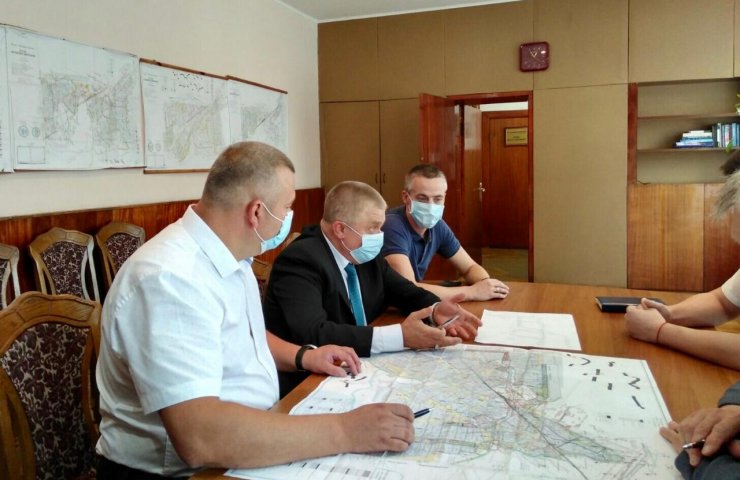 the representatives of the Ministry of energy of Ukraine has conducted several field meetings to explore the current state and prospects of work of the state coal mines in preparation for the reform the mining sector.

As the press service of the Ministry, the Deputy Minister of energy Alexander Zorin with a working trip visited the state enterprise "lvovugol", "Volynugol" and ZAO "Shakhta Nadezhda".

During meetings with the leadership of state-owned enterprises and mines and representatives of the branch trade unions were the results of work and plans for the short and medium term analysis of the programme of work of the mines.

the heads of the coal enterprises instructed to prepare proposals concerning the future work of the mines given the current financial and economic situation, the coal reserves and the prospects of their development.

According to the approved plan from July 28, Alexander Zorin will go to coal-mining enterprises of Donetsk and Lugansk coal basins with the same issues.

to Reform the coal industry in Ukraine beginning in November 2019 with the aim of such transformations, which will no longer loss-making enterprises. Elimination of unprofitable state-owned mines was called priority the decree of President Vladimir Zelensky from November 8, 2019 № 837 "On urgent measures to reform and strengthen the state." In particular, it is proposed that the preparatory activities and the privatization of promising coal mines and restructuring (conservation) unpromising coal mines.

Recommended:
Measures of adaptive quarantine on the Dnieper metallurgical plant extended until 31 August
France and Ukraine to launch the project to upgrade drinking water supply system in the city of Mariupol
YUZHMASH declares its readiness to produce light-class launch vehicles
On this topic
Environmentalists not allowed to replace Russian coal into the UK domestic raw materials
In Kropyvnyts'ke launched a three-day seminar in the framework of the expert mission of the IAEA
Minamaneho heard the reports of heads of several state-owned mines
Electricity prices declined, but too early to relax - ArcelorMittal Krivoy Rog
Buy Russian electricity for six Ukrainian companies
АрселорМиттал Кривой Рог опроверг заявления СБУ о превышении предельного уровня радиации
Add a comment
Сomments (0)
News Analytics
Metinvest's Kryvyi Rih GOKs will pay double taxes to the local budget until01-08-2020, 14:16
US Steel will not restart blast furnaces in Indiana until the end of this year01-08-2020, 14:02
ThyssenKrupp closed the deal for the sale of the elevator business01-08-2020, 13:53
Minister for Strategic Industries of Ukraine inspected YUZHMASH workshops31-07-2020, 09:49
At the sinter plant of the Ilyich Iron and Steel Works, final work on equipment30-07-2020, 16:33
Steel begins to lose the battle with the aluminium due to the growing27-07-2020, 17:08
Gold may reach a record high in 201114-07-2020, 12:47
Steel prices in southern Europe are rising, despite weak demand23-06-2020, 10:54
Analysts expect strong demand growth for steel in China10-06-2020, 11:57
Global steel consumption in 2020 will be reduced by 6.4% - Worldsteel04-06-2020, 13:53
Sign in with: