the Coal industry of Ukraine has lagged behind the current challenges in the energy sector and does not correspond to the market conditions that developed in Ukraine, said the Deputy Minister Stanislav Kovalevsky. 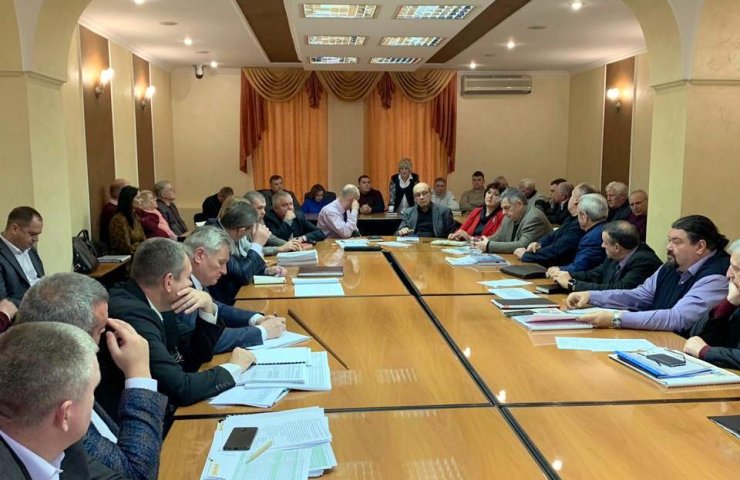 In Minamaneho held a meeting to review the programme of activities of the state enterprise "lvovugol". As told in the press service of the Ministry, the example of this company outlined a number of systemic problems in the coal industry associated with the implementation and non-payment for coal previously shipped, which leads to delay of payment of wages to miners and the lack of funds for development.

According to Vladimir, acting Director General of SE "lvovugol" Oleg Akimov, gaps in the payments of wages in the enterprise is 2-3 months. As of November 1 the debt on salary payment is 128 million. In addition, the problem is moral and physical depreciation of mining equipment.

Program development SE "lvovugol" by 2020 is planned to produce 1 million 342 thousand tons of coal, which is 105% compared to the current year.

Despite the stable performance GP "lvovugol", the total financial result from operating activities for the year 2019 is expected to reach 270 million hryvnia net loss.

following the meeting, Deputy Minister Stanislav Kovalevsky stressed that the situation on GP "lvovugol" is not the worst in the region, but still requires improvement.

"the Coal industry of Ukraine has lagged behind the current challenges in the energy sector and does not correspond to the market conditions that prevailed in Ukraine. An integrated approach is needed to implement reforms. And it is the job stands today before us," - said Kowalewski.

Recall that meeting occur at the request of the Prime Minister of Ukraine A. Goncharuk. Their goal is to investigate in detail the situation in each company and to discuss the prospects of further development of public sector enterprises in coal industry of Ukraine.

Recommended:
Mariupol metallurgical Ilyich iron and steel works is changing light bulbs in the shops
Metinvest announced the final stage of negotiations on the loan of 62 million euros
On the Dnieper metallurgical plant upgrade lighting system
On this topic
Minamaneho heard the reports of heads of several state-owned mines
Npgu entered into the national labour conflict with Minamaneho
In Luhansk region the miners refused to come to the surface
Zelensky has signed the law on the repayment of wage arrears to miners
Минэкономики Украины скорректировало макропрогноз на 2020-2022 годы
Отопительный сезон в Украине: где могут быть проблемы с теплом и почему
Add a comment
Сomments (0)
News Analytics
Илон Маск позвонил семье академика Королева11-07-2020, 10:31
Иран намерен развивать свою нефтяную промышленность, несмотря на санкции США11-07-2020, 09:52
Ukraine has lost about 20% of export proceeds from trade in ferrous metals11-07-2020, 08:51
DTEK joined the European initiative on transition to hydrogen fuel11-07-2020, 08:05
Ministry of energy of Ukraine announced the resumption of the work of11-07-2020, 08:06
Steel prices in southern Europe are rising, despite weak demand23-06-2020, 10:54
Analysts expect strong demand growth for steel in China10-06-2020, 11:57
Global steel consumption in 2020 will be reduced by 6.4% - Worldsteel04-06-2020, 13:53
American steelmakers are faced with an unexpected problem associated with the14-05-2020, 09:09
Relying on the incentives, Chinese steelmakers increase production30-04-2020, 10:20
Sign in with: