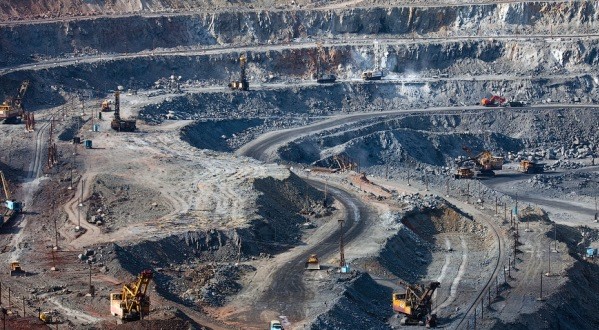 A researcher at the Department of Land Relations and Environmental Management of the National Scientific Center "Institute of Agrarian Economics" of the National Academy of Agrarian Sciences, deputy of the Verkhovna Rada from the OLE of Ukraine Alexander Koltunovich said that his faction would support the bill on increasing the rent rate for subsoil use in the first reading.

In addition, Koltunovich said that he is in favor of introducing an export duty on the export of unprocessed ores from the country in order to deepen processing and "stimulate a departure from the raw material economy."

"We are in favor of developing an innovative economy, so that we create added value in the country, and not export ore," he said.

Representatives of the MMC of Ukraine note that in connection with attempts by parliamentarians to adopt amendments to the Tax Code of the country, the tax burden on ore mining will increase by 5 times. That is, it will be unprofitable to manufacture products subject to increased rent payments and double taxation of processed products.

As reported, due to the increase in the rent, Ukraine may lose 70% of ore exports and, as a result, about 30% of all foreign exchange earnings. In this case, the railway industry may lose 40% of the volume of cargo transportation.

The rise in the cost of iron ore mining in Ukraine will lead to an increase in labor migration, experts emphasize. According to a study by one of the representatives of the four world auditors - PWC, tax initiatives laid down in bills № 1210 and № 1210-1 will make ore mining in Ukraine 9 times more expensive than in Russia.

Recommended:
Russia created a working group for the production and trade of hydrogen
Environmentalists of Kryvyi Rih questioned the reliability of air monitoring data at enterprises
World's third largest platinum producer may be hit by unrest in South Africa
On this topic
Heating season in Ukraine: where there can be problems with heat and why
Volynets: the Ukrainian government began to fulfill the promise of salary debts to miners
ArcelorMittal Kryvyi Rih hosts an all-Ukrainian conference on blast furnace production
Rent rate for subsoil in Ukraine will be increased to the world average
Ukrainian customs will protect intellectual property in a European way
Glencore suspends work at Australian zinc mine
Partner news
Сomments
Add a comment
Сomments (0)
News Analytics
Ukroboronprom confirmed the intentions of Antonov State Enterprise to start25-07-2021, 11:15
Gazprom reacted to the refusal of Naftogaz of Ukraine to buy Russian gas with25-07-2021, 11:00
Iron ore has become a strategically important raw material for defense -24-07-2021, 11:06
Vietnam overtook Ukraine in the world ranking of steel-producing states24-07-2021, 11:38
Port "Yuzhny" has set a record for the speed of loading pig iron on a ship24-07-2021, 10:10
On the regional markets of metallurgical products, prices are balancing in a22-07-2021, 16:22
Demand for armaments will ensure a stable growth of armored steel sales by 4%20-07-2021, 10:10
Protectionist Measures Support European Steel Prices Despite Summer Lull19-07-2021, 11:02
Positive price growth is observed in the markets for metallurgical products16-07-2021, 14:12
European steel market is in confusion: price growth has slowed down, but no one21-06-2021, 17:40