The total coal mining capacity of the mines being closed is about 18 million tons per year. 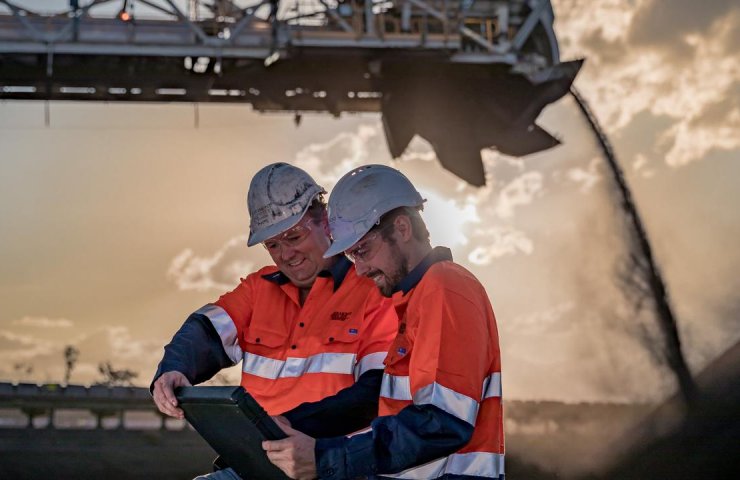 Swiss trading and mining company Glencore plans to close three Australian coal mines in New South Wales and one in Queensland by 2023. At the same time, the company lowers its forecast for coal production for this year to 112 million tons from about 140 million tons earlier.

The overall reduction in coal mining capacity in Australia is 17.7 million tons per year. The plant closures are part of Glencore's long-term plan to reduce global coal production by 40% by 2035 to approximately 84 million tonnes per year.

The drop in Australian coal exports due to the closure of these mines will be partially offset by a 5Mtpa joint venture between Glencore Wambo United and US producer Peabody, which is due to start production this quarter.

Recommended:
World stainless steel production fell for the first time in 5 years
A man died at a mine in Kuzbass when a rock collapsed
Thyssenkrupp plans major investment in its steel division
On this topic
Tensions rise between China and Australia over commodity trade
The Ministry of energy of Ukraine will continue the work on liquidation of unprofitable state-owned
Japan will close two-thirds of coal-fired power plants
In Ukraine, the forecast drop in steel production by 7% in 2020
Relentless degradation of the coal industry. Close Ukrainian mines?
Zaporizhstal reduced the production of iron and steel
Add a comment
Сomments (0)
News Analytics
UK Raises Tax Rates for Large Businesses to 25%03-03-2021, 18:09
Entrepreneurs agree with Ukrzaliznytsya an action plan to continue modernization03-03-2021, 17:31
Scrap metal collection in Ukraine increased by one and a half times due to high03-03-2021, 16:02
ArcelorMittal Kryvyi Rih will pay additional remuneration to its workers03-03-2021, 16:45
The government of Ukraine approved the National Economic Strategy until 203003-03-2021, 16:26
Spread between raw materials and high strength alloy steel in Europe increased01-03-2021, 20:21
Increase in prices is forecasted in the markets of steel raw materials -26-02-2021, 09:25
Troy ounce of gold will drop $ 500 in two years - Fitch25-02-2021, 18:29
Global iron ore production growth to outstrip cumulative production in India23-02-2021, 10:22
Fitch Ratings Warns of “Shocking Impact” on Fossil Fuel Exporters18-02-2021, 14:44
Sign in with: