As China's trade war with Australia grows fiercer, Beijing cannot yet move away from iron ore and coal without negatively affecting its steel industry. 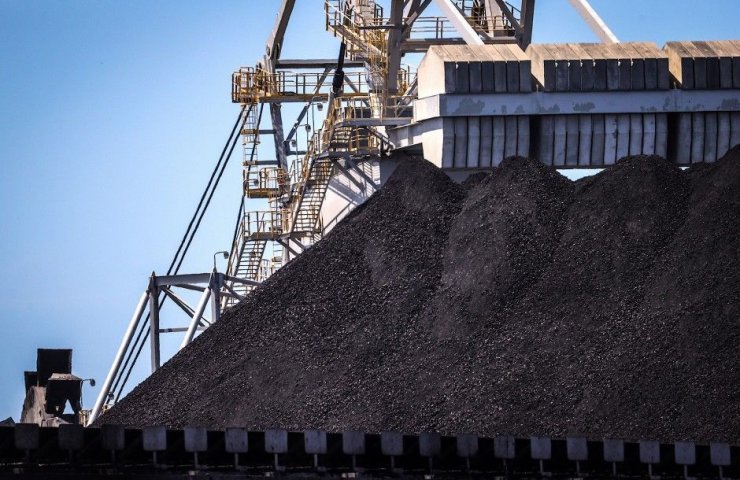 Australian stocks closed higher on Thursday amid rising iron ore prices and reports that China will lift a series of restrictions on coal supplies from Australia, pushing mining stocks higher.

The Mining Index soars 4.6% to its highest level in over eight years.

Rio Tinto, the world's largest iron ore producer, jumped 7.2% to its highest level since May 2008 and was the largest gain on the index, while Fortescue Metals Group jumped 13.9% to record levels.

Coal producers were encouraged by rumors that China intends to allow the supply of Australian thermal coal to the country, despite the imposed ban on such imports amid escalating tensions between Beijing and Canberra.

BHP Group Ltd, the world's largest mining company trading in both iron ore and coal, rose more than 5% to its highest level in more than 10 months.

Recommended:
The Ministry of Environmental Protection of Ukraine has published a draft Subsoil Code
Canada's economy plunges record 5.4% in 2020
Ukraine retained its position in the world ranking of steel producers and rose in cast iron
On this topic
The average annual price of a ton of iron ore will exceed $ 100 for the first time since 2013
Tensions rise between China and Australia over commodity trade
Iron ore prices to surpass six-year high soon
In the investment market is the outflow of money from miners to manufacturers of soft drugs
The price bubble in the ore market will soon deflate quickly
Video of the dam break in Brazil posted on YouTube
Add a comment
Сomments (0)
News Analytics
The United States expands the list of organizations associated with the03-03-2021, 09:15
Canada's economy plunges record 5.4% in 202002-03-2021, 21:42
UN Secretary General has called coal mines a past, from which it is time to02-03-2021, 20:44
Metallurgical enterprises of Ukraine increased earnings from the export of02-03-2021, 19:50
Trade union committee "Azovstal" received an answer to the question about the02-03-2021, 18:39
Spread between raw materials and high strength alloy steel in Europe increased01-03-2021, 20:21
Increase in prices is forecasted in the markets of steel raw materials -26-02-2021, 09:25
Troy ounce of gold will drop $ 500 in two years - Fitch25-02-2021, 18:29
Global iron ore production growth to outstrip cumulative production in India23-02-2021, 10:22
Fitch Ratings Warns of “Shocking Impact” on Fossil Fuel Exporters18-02-2021, 14:44
Sign in with: