The construction boom in China amid complicating relations with Australia, the country's largest supplier of iron ore raw materials, and a reduction in the forecast supply from Brazil, has led to an unprecedented increase in world iron ore prices. 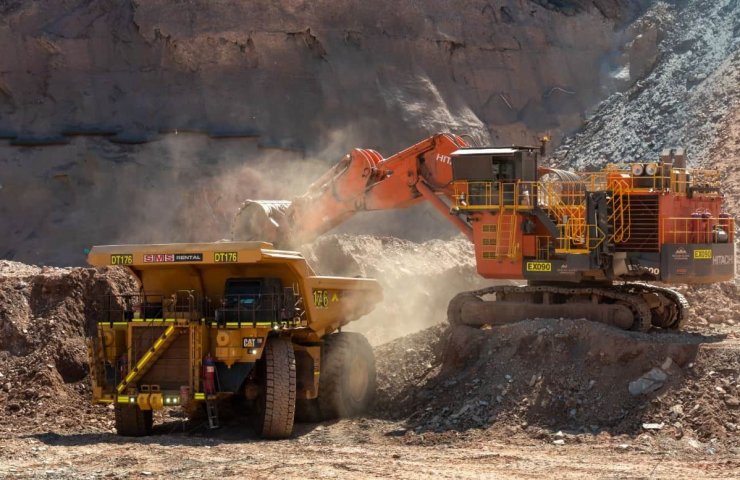 Iron ore prices have reached a seven-year high and continue to rise. The main factor is the demand from China, the main world importer of iron ore, where ore prices increased by 65% ​​over the year. Singapore futures have risen 70% year-over-year, according to Bloomberg, to a record high since the start of trading in 2013.

Ore rises in price against the backdrop of rush demand for steel, says Ayrat Khalikov, executive director of Gazprombank's Center for Economic Forecasting: in China, the United States, the EU and other countries, governments stimulate economic growth by supporting construction, which also leads to an increase in demand for building materials, including including steel products. The main player in the global iron ore market is China, he explains, which imported 72% of ore from Australia from January to November.

In January-October, China increased its share in world steel production from 54% in 2019 to 58%. At the same time, ore imports from Australia and Brazil have been at a low level in recent months.

China is the main client of the world's leading exporter of iron ore, Australia. But after Australia called for a comprehensive investigation into the circumstances and causes of the coronavirus pandemic, relations between the countries have escalated, resulting in massive trade restrictions. So, in October, China actually stopped accepting Australian coal. The country has also restricted or stopped imports of a range of other goods. Fears that trade restrictions will spread to iron ore are forcing Chinese buyers to build up inventories.

The largest metallurgists of the PRC through the Chinese Iron and Steel Association (CISA) are already asked the State Office for Market Regulation and the Securities Commission to investigate pricing in the iron ore market.

The Severstal representative believes that the shortage in the steel market will drive prices upward for some time to come. However, sooner or later the market should be balanced: deferred demand will end, supply will react to rising prices. According to the interlocutor of Kommersant, this will happen on the horizon of three months. On December 9, the main shareholder of MMK, Viktor Rashnikov, said that, according to his expectations, Vale's production would return to target levels next year, and analysts' forecasts indicate that “China will operate at the level of this year, without growing year-on-year,” therefore ore prices should "calm down". According to Ayrat Khalikov, the current prices are too high for consumers and cannot stabilize at this level in the long term.

Recommended:
Eurasian Commission has extended import duties on Ukrainian stainless pipes
Uranium mining mines of Ukraine will resume their work from January 4 - order of the director
Ukraine starts monitoring greenhouse gas emissions from industrial plants
On this topic
The world market for rare earth metals will grow by 10.4% per year
Platts Steel Trade Review: China Will Decide Asia's Fate
Iron ore prices to surpass six-year high soon
Metallurgical market trends - 2020
In China, rising prices for steel and ore, but confidence in the further increase in no -CISA
Why scrap prices are falling while iron ore is getting more expensive
Add a comment
Сomments (0)
News Analytics
Interpipe Steel: green metallurgy in Ukraine turns 9 years old18-01-2021, 15:28
Ukrmetallurgprom clarifies data on iron and steel smelting in Ukraine for 202018-01-2021, 12:50
At least 12 living miners remain under the rubble of a mine blown up on January18-01-2021, 11:47
In the Republic of Tuva, a citizen of China died as a result of a collapse in a17-01-2021, 11:44
Lenovo remains the global leader in personal computer shipments in 202017-01-2021, 08:19
China will overtake the United States to become the world's largest economy in27-12-2020, 12:04
The shortage in the US steel market will last at least until the end of the25-12-2020, 11:36
Steel production in China to surpass one billion tons this year23-12-2020, 10:59
Iron ore prices hit seven-year high and continue to rise15-12-2020, 10:26
Prices for metallurgical raw materials continue to rise in regional markets10-12-2020, 11:32
Sign in with: