Law enforcement officers in full gear and armed with automatic weapons arrived at the enterprise of Alexander Yaroslavsky. 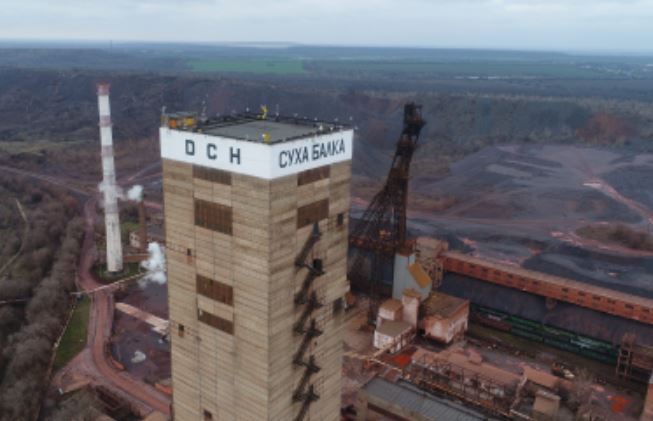 The Sukha Balka mine (Kryvyi Rih, Dnepropetrovsk region), owned by Alexander Yaroslavsky's DCH group, announced on Friday that the operation of the enterprise was blocked by employees of the National Police of Ukraine, the Prosecutor's Office and the SBU.

According to a press release from Sukha Balka PrJSC, representatives of the National Police special unit, prosecutor's office and the SBU, disrupting the work process at the enterprise, actually blocked the operation of the mine.

The press release explains that the reason for the arrival of law enforcement officers was the determination of the investigating judge of the Central City Court of Krivoy Rog, which provided for the participation of the prosecutor and police investigator in investigative actions

According to the press service, the mine administration admitted all authorized participants in the process in accordance with the court's ruling and after providing the necessary documents. The company notes that law enforcement officers arrived in full gear with automatic weapons and decided to go down into the mine.

“The Sukha Balka mine is an enterprise that operates exclusively in the legal field. It employs about 3,000 people. The mask show arranged by the security forces actually blocked the work of one of the mines, which means it jeopardized the implementation of the production program. In turn, this may affect the timely shipment of products and payment of wages, ”said Vitaly Bash, CEO of Sukha Balka PJSC, quoted by the press service.

The top manager expressed the hope that “common sense will prevail, the work of the mine will be unlocked, and all investigative issues will take place exclusively in the legal plane.”

In turn, the head of the Independent Trade Union of Miners of Ukraine (NPGU) Mikhail Volynets posted on his Facebook page video with law enforcement officers entering into the administrative building of the mine, adding it with the comment: “This morning. PJSC "Sukha Balka", Kryvyi Rih. At an enterprise in whose territory the laws of Ukraine do not apply, where labor legislation is demonstratively violated, where only the administration has rights, and employees have only responsibilities - the morning begins with investigative and operational actions. ”

The Sukha Balka mine is one of the leading enterprises in the mining industry in Ukraine. Extracts iron ore underground. The mine includes the Yubileinaya mines and them. Frunze. The mine's capacity is about 3.1 million tons of salable ore per year. The mine employs about 3 thousand people.

The mine supplies ore to the Bogdanovskaya Concentrating and Agglomeration Plant (BOAF) of Pokrovskiy Mining and Concentrating Plant PJSC (PGOK, former Ordzhonikidze GOK, Dnepropetrovsk region), which, after a complex of preparatory measures, switched to the production of iron ore sinter instead of the previously produced the same equipment of manganese concentrate. After enrichment of the ore, the resulting iron ore sinter is supplied to the Dnieper Metallurgical Plant of the DCH Group.

Финансовая аналитика, прогнозы цен на сталь, железную руду, уголь и другие сырьевые товары. More news and analytics on Metallurgprom telegram channel - subscribe to get up-to-date market information and price forecasts faster than others.
Сomments
Add a comment
Сomments (0)
On this topic
For the third time in 30 days, security officials came to search the Sukha Balka mine of Alexander
Oleksandr Yaroslavsky, intends to invest in Ukrainian roads $ 300 million
ArcelorMittal Kryvyi Rih denies SBU statements on exceeding the maximum radiation level
The government of the Netherlands to sue Russia over downed MH17
The court seized the property and 100% of the shares of Motor Sich JSC
The Dnieper metallurgical plant restarts steelmaking
Recommended:
The strategy for the development of Russian metallurgy will be "quickly approved" in the Kremlin - Dmitry Peskov
The world's first contract for the supply of a 1 GW hydrogen electrolytic cell was signed
Brazil has increased steel exports to Europe by eight times against the backdrop of the war in Ukraine
News Analytics
Salzgitter invests 700 million euros in mild steel production13-08-2022, 10:44
Evraz decided to get rid of its assets in the US and Canada13-08-2022, 09:10
S&P and Fitch consider Ukraine's agreement to defer payments on public debt13-08-2022, 09:59
Demand for electric vehicles in Ukraine shows "crazy" growth -13-08-2022, 09:07
Director General of Ukrhydroenergo initiated the construction of new bomb13-08-2022, 09:31
The US market may begin a collapse in prices for thick sheet14-07-2022, 09:39
High iron ore shortage could halt metallurgy's green transition28-06-2022, 14:02
Price volatility hits global steel market27-06-2022, 19:28
Recovery in China could be key to rising global steel prices - MEPS24-06-2022, 14:00
Conflict in Ukraine spurs Europe's drive for clean energy03-06-2022, 12:14
Sign in with: