The explored reserves of metal ores in Iran will be enough for its metallurgical industry until 2035. 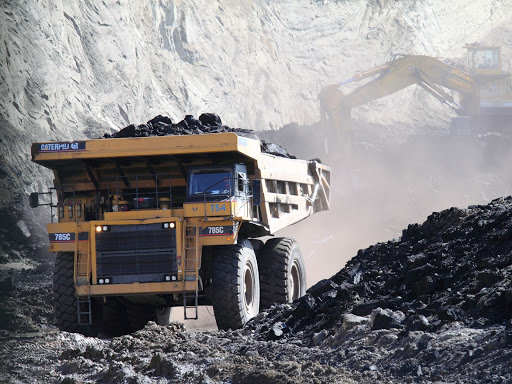 Iran's current ore reserves will last for a maximum of the next 14 years. This was stated by the head of the Mining Engineering Organization of Iran (IMEO) Tagi Nabei, reports on Thursday Trend with a link to the organization's information portal.

According to him, if Iran uses its mineral resources in accordance with world standards, it can bring several times more income than from oil. Nabei noted that this sector can be developed by investment.

This week, the US additional sanctions against the Iranian metallurgical industry in an attempt to stop the growth of the country's income from the production and sale of ferrous metals.

According to the World Steel Association, Iran's steel industry remains the fastest growing in the world, increasing its production in January-July 2020 to 16.335 million tonnes of steel, up 10.8 percent over the same seven months of 2019 ... Iran's steel production also increased by 30 percent in 2019, while the sector's average global growth was 3.5 percent.

Recommended:
The Antimonopoly Committee of Ukraine has unblocked the purchase of passenger cars by Ukrzaliznytsia
Zimbabwe government seeks new investors in ZISCO steel plant
European space project will provide Ukrainian Yuzhmash with work for the coming years
On this topic
Extractive industry development roadmap will ensure Ukraine's GDP growth of $ 34 billion
China Doubles US Rare Earth Ore Purchases to Highest Level in History
Biden's Production Plan Requires Significant Increase in U.S. Mineral Production
In Iran discovered 760 promising deposits of metals
NIOC: oil reserves in Iran will last at least 100 years of mining
The price bubble in the ore market will soon deflate quickly
Add a comment
Сomments (0)
News Analytics
The capacity of the domestic steel market in Ukraine in January-March decreased19-04-2021, 10:33
In Russia, there is an exuberant demand for agricultural machinery19-04-2021, 10:24
Iran is satisfied with the reaction of the world community to 60% enrichment of18-04-2021, 13:24
Gas prices in Ukraine have reached a record value over the past two years -16-04-2021, 17:24
Ukrmetallurgprom asks the Antimonopoly Committee to allow Metinvest to bid for16-04-2021, 17:23
World Steel Association predicts a good year for metallurgists15-04-2021, 18:19
World Steel Association defines green steel and its variations12-04-2021, 13:14
China unlikely to cut steel capacity in 2021 due to high steel prices07-04-2021, 12:11
Scrap metal market at the beginning of April02-04-2021, 11:10
Rising Chinese Prices Fueled Rising Global Steel Prices - MEPS25-03-2021, 18:54
Sign in with: