Mineral resources of East Azerbaijan amount to 8.5 billion tons, said the chairman of the regional Organization for Industry, Mining and Trade. 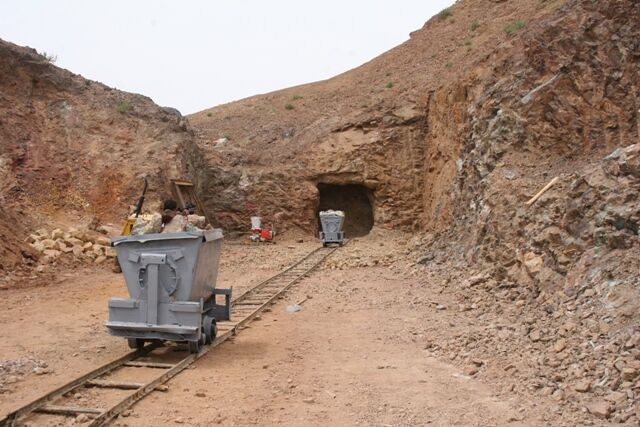 East Azerbaijan has the largest share of mineral reserves among Iranian provinces, said Habib Aminzade, chairman of the Industry, Mining and Trade Organization of this northwestern province of Iran.

“The mineral resources of East Azerbaijan are 8.5 billion tons. 31 of 57 types of minerals identified in the country have been discovered here. In Sarabi, Kaleibari and Azarshahri, there are 13 copper mines, eight gold, seven iron ore and three nepheline mines, ”he added.

“735 mines have been identified in the province, 400 of which employ 12,612 workers. East Azerbaijan ranks second in terms of employment in the country, ”IRNA quotes him.

It is noteworthy that there are 30 steel-producing enterprises in East Azerbaijan, and the annual steel export exceeds $ 100 million.

Recommended:
Zaporizhstal increased production of finished rolled metal products by 25% in March
Metinvest's enterprises and Metinvest Green Center planted 400 trees in Zaporozhye as part of Greening the Planet eco-initiative
Energomashspetsstal invested UAH 4 million in environmental projects in 2020
On this topic
Iran plans to import about two million doses of vaccine from India, China and Russia
In 14 years Iran will run out of iron ore and non-ferrous metal ores - IMEO
Serbia will produce 55,000 tonnes of battery-grade lithium carbonate annually
Biden's Production Plan Requires Significant Increase in U.S. Mineral Production
Armenia and Azerbaijan draw a new border right in the middle of a gold mine
Trump declares US mining emergency - Wilbur Ross
Add a comment
Сomments (0)
News Analytics
Ukraine and the United States are deepening cooperation in the trade and20-04-2021, 20:46
Nikopol pipe plant "Centravis" is approved as a supplier of the Chinese20-04-2021, 20:10
The capacity of the domestic steel market in Ukraine in January-March decreased19-04-2021, 10:33
In Russia, there is an exuberant demand for agricultural machinery19-04-2021, 10:24
Iran is satisfied with the reaction of the world community to 60% enrichment of18-04-2021, 13:24
World Steel Association predicts a good year for metallurgists15-04-2021, 18:19
World Steel Association defines green steel and its variations12-04-2021, 13:14
China unlikely to cut steel capacity in 2021 due to high steel prices07-04-2021, 12:11
Scrap metal market at the beginning of April02-04-2021, 11:10
Rising Chinese Prices Fueled Rising Global Steel Prices - MEPS25-03-2021, 18:54
Sign in with: