China purchases $ 1.22 billion worth of metals and minerals from Iran

The total trade turnover between Iran and the PRC for the nine months of this Iranian year exceeded $ 13.4 billion. 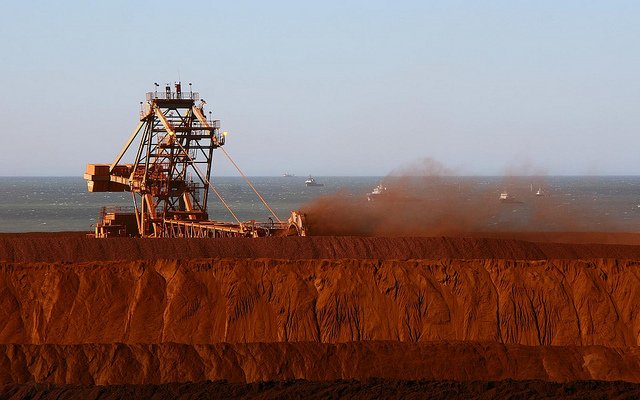 Iran exported more than $ 1.22 billion worth of steel and other metals and mineral products from China in the nine months of the current Iranian year (March 21, 2020 - December 21, 2020).

According to figures released by the Islamic Republic of Iran Customs Administration (IRICA), Iranian exports of iron, iron and steel to China reached $ 773 million in nine months.

The share of these goods in the country's total exports to China amounted to 15%.

Data analyzed by the Tehran Chamber of Commerce, Industry, Mining and Agriculture show that exports of copper and copper products reached $ 372 million in nine calendar months, accounting for 7% of Iran's total exports to China.

Trade turnover between Tehran and Beijing during this period exceeded $ 13.4 billion, which is 15% less than in the same period last year. However, during this period, China remained Iran's main trading partner.

Recommended:
US may end investigation into carbon steel imports from Russia and Ukraine
Ukraine invited the French to invest in mining and exploration of minerals
Ukraine and the United States are deepening cooperation in the trade and economic sphere
On this topic
In 14 years Iran will run out of iron ore and non-ferrous metal ores - IMEO
Iran's uranium enrichment up to 20% calls into question nuclear deal with Tehran - EU
Iran announced the benefits of US sanctions for the country's steel industry
Iran prepares to launch its telecommunications satellite into 7,000 km orbit
Iran increased its steel exports in December at 91%
USA slapped sanctions on steel industry of Iran
Add a comment
Сomments (0)
News Analytics
АрселорМиттал Темиртау заплатит по 10000 тенге всем работникам привившимся от18-05-2021, 13:35
Steel raw material prices are skyrocketing across the board18-05-2021, 12:34
Interpipe has mastered a new type of railway wheels for Deutsche Bahn passenger18-05-2021, 12:11
Ukraine at the beginning of 2021 increased foreign exchange earnings from the18-05-2021, 11:03
The National Police of Ukraine told about the searches at one of the18-05-2021, 11:51
Steel raw material prices are skyrocketing across the board18-05-2021, 12:34
The current state of the market is ideal for the sale of rolled steel - IREPAS04-05-2021, 18:41
Global hydrogen demand to grow 7-fold by 2070 - PwC21-04-2021, 12:31
World Steel Association predicts a good year for metallurgists15-04-2021, 18:19
World Steel Association defines green steel and its variations12-04-2021, 13:14
Sign in with: