The share of Russian equipment in the domestic market is currently 56.4%, which is 4.8 percentage points (p.p.) more than in October 2019. 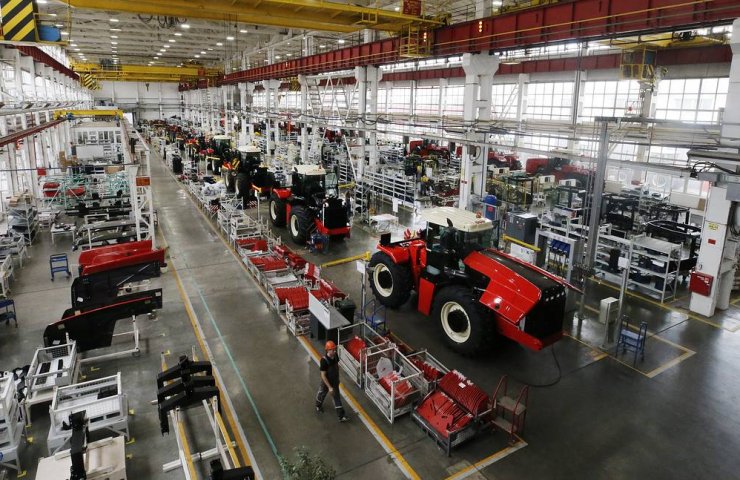 The volume of production of agricultural machinery with a high degree of localization for 10 months of 2020 increased by 26.6% - up to 121 million rubles. This was reported by the press service of the Ministry of Industry and Trade of Russia based on the results of state support for agricultural machinery since the beginning of the year.

The Ministry of Industry and Trade emphasizes that Russian equipment worth 12.4 billion rubles has been supplied to foreign markets, which is 6% more than in the same period in 2019.

The share of Russian equipment in the domestic market is currently 56.4%, which is 4.8 percentage points (p.p.) more than in October 2019.

“The agricultural engineering industry is showing impressive results in 10 months of the year. Considering that in the next three years we have planned to allocate at least 10 billion rubles a year from the federal budget to provide subsidies to manufacturers of highly localized agricultural machinery, I am sure that in future years the positive effect will be comparable, ”says the Deputy Minister of Industry and Trade of the Russian Federation Alexander Morozov, whose words are reported by the press service.

The ministry recalled that the key mechanism of state support for Russian manufacturers of agricultural machinery is the subsidy program under the decree of the Russian government dated December 27, 2012 No. 1432, for the implementation of which 14 billion rubles are provided in 2020.

“As of November 1, 2020, within the framework of Resolution No. 1432, more than 17 thousand units of agricultural machinery worth 60.4 billion rubles have been shipped,” the Ministry of Industry and Trade specified.

Recommended:
Morgan Stanley: It's time to return to Russian assets
Automotive production in Ukraine began the year with a fall of 29%
Chinese Mars probe "Tianwen 1" completes fourth orbital correction
On this topic
The Bogdan Motors team appealed to the People's Deputies of Ukraine
AK "Bogdan motors" is ready to increase the localization of production of trolleybuses in Ukraine
World steel production in November decreased by the percentage
The index of metallurgical production decreased by 7%
Failure rate: why import substitution failed to meet expectations
For 10 months with pipelines in Kazakhstan fell around 40 000 new cars
Add a comment
Сomments (0)
News Analytics
US and EU suspend the collection of duties that were imposed against each other05-03-2021, 22:48
Turboatom and Electrotyazhmash discussed prospects for cooperation under05-03-2021, 19:04
DMZ Yaroslavsky in February almost doubled the production of rolled products05-03-2021, 18:19
Sanjeev Gupta Metallurgical Alliance Stops Paying Greensill Loans05-03-2021, 18:18
China to build high standard free trade zone network to reach worldwide - Xinhua05-03-2021, 16:43
Spread between raw materials and high strength alloy steel in Europe increased01-03-2021, 20:21
Increase in prices is forecasted in the markets of steel raw materials -26-02-2021, 09:25
Troy ounce of gold will drop $ 500 in two years - Fitch25-02-2021, 18:29
Global iron ore production growth to outstrip cumulative production in India23-02-2021, 10:22
Fitch Ratings Warns of “Shocking Impact” on Fossil Fuel Exporters18-02-2021, 14:44
Sign in with: