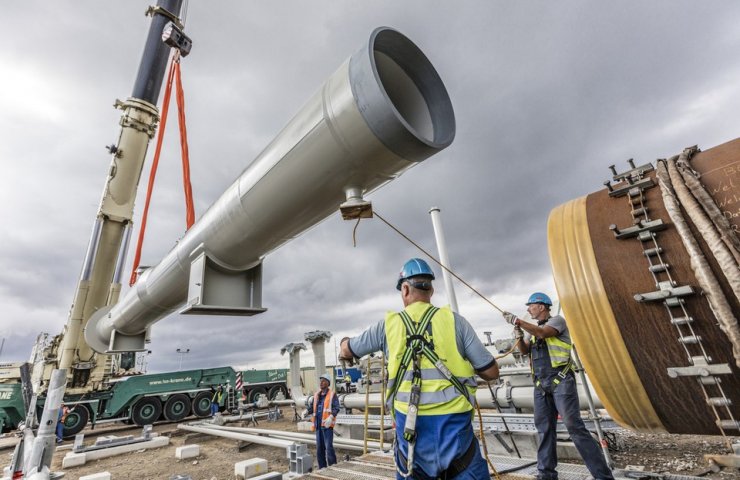 The construction of the Nord Stream 2 gas pipeline was resumed on December 11, the pipe laying in the exclusive economic zone of Germany will be carried out by the barge Fortuna, Nord Stream 2 AG (operator of the pipeline construction) told reporters. /p>

"Pipelayer " Fortuna "will lay a 2.6-kilometer section of the gas pipeline in the exclusive economic zone of Germany in waters at a depth of less than 30 m. All construction work is carried out in full accordance with the permits received, " the company noted.

The barge "Fortuna ", which will carry out work on the pipeline "Nord Stream 2 " in the shallow waters of Aldergrund, approached the proposed construction site of the Nord Stream 2 gas pipeline on the morning of December 11. There are three tugboats and Russian supply vessels, the Baltic Researcher and the Katun, near Fortuna in the Baltic Sea.

The project "Nord Stream 2 " involves the construction of two lines of the gas pipeline with a total capacity of 55 billion cubic meters. m per year from the coast of Russia through the Baltic Sea to Germany. To date, the gas pipeline is 93% complete. Work was suspended in December 2019 after Swiss Allseas abandoned pipe-laying due to possible US sanctions.